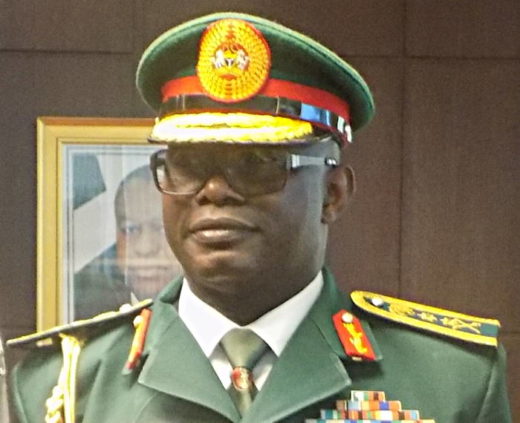 Col. Sagir Musa, the army spokesman in a statement on Saturday said that the CDS gave the commendation after he inspected the centre.

The Chief of Army Staff, Lt.-Gen. Tukur Buratai launched the centre on Wednesday in readiness to monitor and respond to possible security challenges during the elections.

However, a few hours to the commencement of the Presidential and National Assmbly elections scheduled for Saturday, the Independent National Electoral Commission (INEC) rescheduled it by one week ( to Feb. 23), citing logistics challenges.

Olonisakin noted the army’s election security situation room would assist in intelligence and information gathering and sharing for army units and formations nationwide.

Accoring to him, this is with with the view to strengthen democracy and election security before and during the 2019 general elections.

He commended the army chief for his foresight in establishing the centre which he said was for the benefit of the country.

He urged the commander and other personnel of the centre to continue with the good work and ensure alertness and sense of responsibility.

Earlier, Buratai noted that past electioneering processes were characterised by cycle of violence.

He said this informed the army to adopt a proactive and responsive posture that would enable it respond to early signs of insecurity before they could escalate into a major security challenge.

Buratai also said that this informed the launch of “Operation Safe Conduct’’ as as well as the situation room for real-time monitoring of the 2019 general elections.