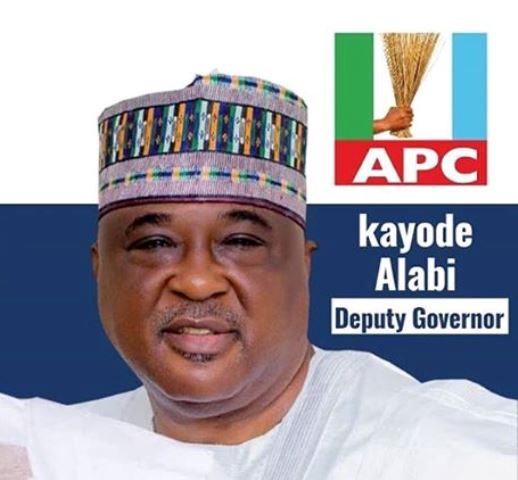 The News Agency of Nigeria (NAN) recalls that the Independent National Electoral Commission (INEC) had, in the early hours of Feb. 16, postponed the presidential and National Assembly elections to Feb. 23.

Alabi, who mounted the pulpit to read the Yoruba version of the Bible, asked the congregation to open to Deuteronomy 3:26 and Number 16:17, both of which contained “ó tó gé”.

While making reference to the scripture, he said that the slogan was born out of the myriad of problems confronting the state such as moribund industries, lack of pipe borne water and deplorable public schools, among others.

Alabi, who also visited different churches in Ilorin, called for understanding, harmony and hitch-free elections on the rescheduled dates.

On the side-lines of the visit to Churches, Alabi told NAN that people of the state were more resolute to put a stop to the reign of dynasty and vote the government of their choice.

NAN reports that some of the churches visited include; First ECWA, the Redeemed Christian Church of God (RCCG), Christ Apostolic Church (CAC) and Cherubim and Seraphim Movement Church.

Abdullahi said: “This is our own, we must support him. I am not a politician but I love politics. I know we belong to different political parties, but he is our own.

“If I don’t support my pastor who else will I support: If any of you is interested in politics I will support you, the era of shying away from politics is over.’’

For his part, Pastor Ilesanmi Samuel of CAC Worldwide decried the situation where politicians often sought God’s support when seeking elective positions but quickly forgot the vows they made after emerging victorious.

The cleric said that God was looking for trusted politicians who would change the face of politics in Kwara and Nigeria, noting that he had always had bitter experiences with politicians.

“Let it be known that God is raising you for the purpose of changing the face of Kwara politics because the people are suffering,’’ Samuel said.

Rev. Babatubde Owojaiye, of the First ECWA Church, called on the congregants to remain faithful and honest to the people.