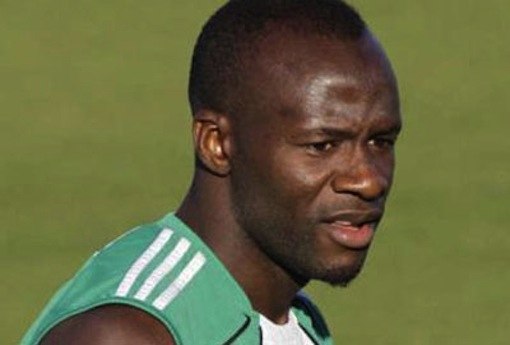 A woman, Ms Esther Emiola, has petitioned the Director-General of the National Agency for the Prohibition of Trafficking in Persons (NAPTIP) over alleged child abandonment by former international footballer, Sani Kaita.

In the petition filed by Eniola’s lawyer, Mr Frank Tietie, Forthright Chamber, Area 11, Garki, Abuja and made available to the News Agency of Nigeria (NAN) on Monday in Abuja, she alleged that Kaita got her pregnant in 2015 with a promise to marry her but abandoned her.

NAN reports that Tietie, in the petition, alleged that Kaita, throughout the pregnancy and after birth, never asked after the baby’s welfare nor the welfare of the mother.

Section 16(1A) of the VAPP Act 2015 deals with abandonment of children, spouse and other dependents without means of sustenance.

It states: “A person who abandons a wife or husband, children or other dependent without any means of sustenance commits an offence and is liable on conviction to a term of imprisonment not exceeding three years or to a fine not exceeding N500,000.00 or both.

The petition read in part: “we are solicitors to Esther Emiola; hereinafter referred to as our client and on whose instructions we hereby write to request the arrest and compulsion of Sani Kaita on grounds of abandonment, according to the provision of Section 16 VAPP Act 2015.

“Mr Kaita is well known international footballer with sufficient financial means of providing for the welfare of the baby and his mother but he has willfully chosen to abandon them for three years.

” Presently Mr Kaita is in Abuja and he is again seeking the possibility of another sexual liaison with our client and has invited her to a secret location in Abuja.”

The petition added that, the compulsion of the suspect by NAPTIP would force him to formally respond to issues raised by the victim in the petition she filed before the agency.

When NAN contacted NAPTIP Director of Investigation and Monitoring, Mr Josiah Emerole, confirmed that the agency has received the petition.

Emerole said: “the petition has been forwarded to the appropriate unit of the agency for necessary action”.