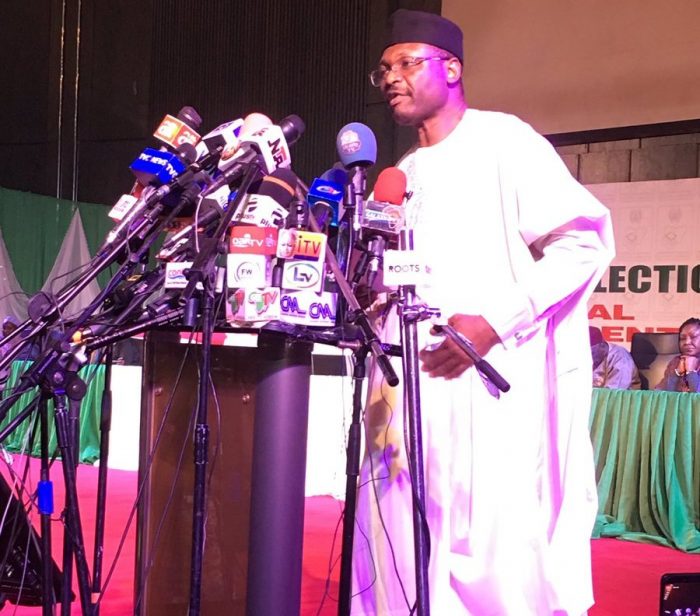 The Independent National Electoral Commission (lNEC) on Monday lifted the ban on political parties not to campaign after it postponed the election by one week.

INEC, at the end of its management meeting in Abuja said all campaigns for the rescheduled Presidential and National Assembly elections would end on Thursday.

He also said the commission had worked out plans to ensure that electoral materials arrived the polling units in good time for early commencement of voting.

The APC and the PDP had said they would shun INEC’s directives not to campaign, while many political analysts had faulted the commission. 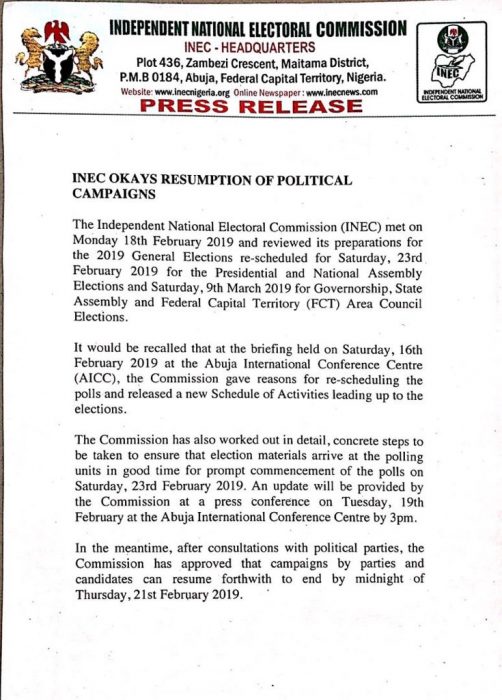 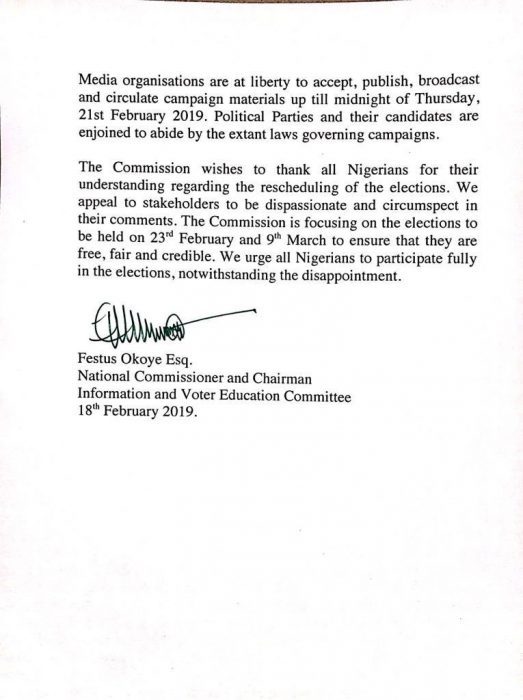