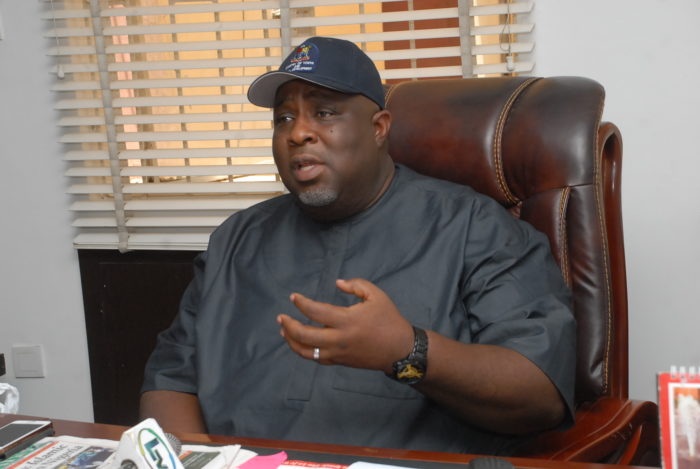 Lagos State Commissioner for Youth and Social Development, Mr. Agboola Dabiri has lauded the Senator representing Lagos Central at the Senate, Oluremi Tinubu for complementing the efforts of the State Government to stamp out drug abuse from the State.

The Commissioner, who spoke in his office at Alausa Ikeja said that the construction of a Drug Rehabilitation and Skill Acquisition Centre in Ajah by the senator was a great leap for the Ministry in particular considering the various awareness campaigns which the Ministry had embarked upon to sensitize the populace about the dangers in abusing drugs.

He said that the Ministry is already taking necessary steps to take ownership of the centre following the directive of the State Governor, Mr. Akinwunmi Ambode that the Ministry of Youth and Social Development as well as Ministry of Women Affairs and Poverty Alleviation; WAPA should ensure that the two facilities become fully operational before May 29, 2019.

Agboola also challenged individuals and corporate organisations to emulate the gesture shown by the Senator and also rise to address the increasing menace of drug abuse in the society which according to him has attained an alarming rate.

“I am making a clarion call to Lagosians in particular and Nigerians in general to complement every laudable initiative by governments. The gesture of Senator Tinubu is no doubt a good one and worthy of emulation by all well-to-do individuals and groups,” the Commissioner stated.

Speaking on the awareness campaign against drug abuse already being championed by the Ministry, the Commissioner explained that the campaign tagged LASKADA was aimed at creating massive awareness on the implications of drug and substance abuse, as well as to get addicts off the streets.

He said that the state government’s concern for the increasing menace of drug abuse and its impact on the society compelled the Ministry to be exploring every avenue to respond to the dangerous dimension that drug abuse had taken.

Agboola assured Lagosians that the state government was leaving nothing to chance in its effort to dissuade youths who are prime victims of the practice.

He recalled that the campaign adopted a tripod approach including events, engagements with stakeholders and awareness campaign which was flagged off by a 1000 man symbolic walk against drug abuse last year.

Agboola said that the new Drug Rehabilitation and Skill Acquisition Centre in Ajah centre in addition to the already existing Drug Dependent Rehabilitation Centres located in Isheri and Majidun areas of the State would further give support to the young ones addicted to drugs.

It should be recalled that the Centre which was inaugurated by Governor Ambode was named after a political leader in the Lagos Central Senatorial District, Prince Tajudeen Oluyole Olusi (OON).

The project was facilitated through Senator Tinubiu’s 2012 Constituency Intervention Project to address the menace and devastating consequence that drug abuse portends on the youths.

The Centre is expected to help reverse the statistics that show that 40 percent of Nigerian youths indulge in the use of recreational drugs including marijuana, codeine, among others.