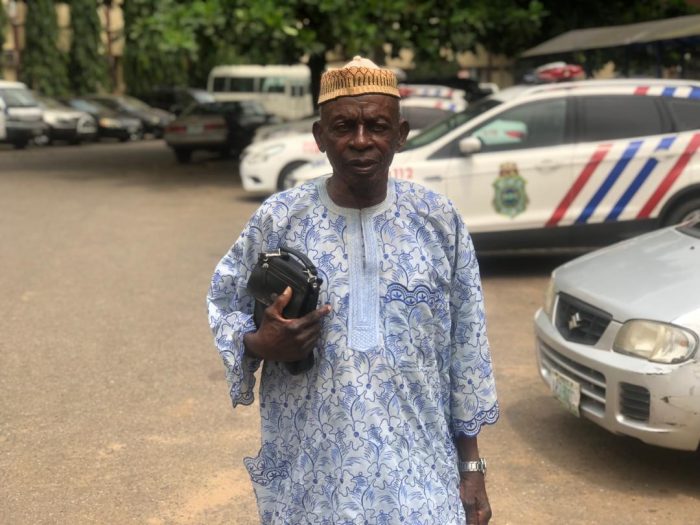 One of the founding fathers of Judo game in Nigeria, Pa Sabitu Aderibigbe Giwa has lamented what he described as a disconnect between the present handlers and elders in the game, saying something urgent must be done to tap from the vast and rich experience of old Judokas.

Speaking during a meeting with the leadership of the Nigerian Police Judo Association (NPJA), Giwa, who is a retired Assistant Commissioner of Police (ACP), said it was important for an institutionalized framework to be put in place to gain from the knowledge of elders in the game, thereby enhancing Judo in the country.

On how elders in the game were being treated, Giwa, 80, said: “We have been cut off. When there is any competition in those days, they used to write letters to invite us and we would go to the National Stadium and share our experiences with the younger ones but now, no message, nothing. I really cannot comment on the level of the game now in the country.”

While recalling how Judo started to be played at the professional level in the country, Giwa said sometimes in the 70s, the Japanese government took three police officers to their country for training, while the said officers returned to form the nucleus of the professionalism of the game.

“Three of us flew to Japan and we were trained for two and half years. In the morning, we would go for Japanese language lecture.

“We started Judo with how to fall down, how to block as well as Physical Judo and Karate Judo. I had seven Dan (belts) in Judo competition which is the professor level before I came back to Nigeria.

“When we got back to Nigeria, we started the Judo game at the professional level. As a matter of fact, I set up the first Judo Mat at Police College, Ikeja in partnership with some private companies and the National Sport Commission (NSC).”

He commended the NPJA for initiating the process to connect with the elders in the game, just as he called for introduction of Judo training in all police colleges across the country, as well as deliberate initiatives to arouse the interest of the younger ones in the game owing to the numerous benefits inherent in the sport.

Also speaking, Chairman of the NPJA, ACP Olatunji Disu said the association decided to put machinery in motion to look for elders in the game, with the view to caring for them, and tapping from their wealth of experience.

Disu, who is also the Chairman of Lagos State Judo Association (LSJA) and Commander, Rapid Response Squad (RRS), said investigation into the history of the game revealed that the three officers who were trained in Japan actually formed the nucleus of the sport in the country.

Giving details, he said: “In everything one must take history into cognizance. I tried to research into the history of Judo in Nigeria and I discovered that there were three prominent Nigerians who were the pioneer Judo exponents in this country and fortunately, I discovered that the three of them were policemen.

“The Government of Japan took them away for a number of years and they came back and formed the nucleus of the Judokas that we had in those days. They became coaches, they were participants and I am sure they contributed a lot to Judo. As a matter of fact, I was made to understand that the first Judo Mat in Nigeria is still that same one that we have at the Police College and it is still in super condition.

“We went round to find out if these three people were still alive and I found that one of them still stays in Lagos and I put in all machineries in motion to ensure that they looked for him; searched for him everywhere; got him and ensured we have a meeting with him. We want to assure you that today is one of my happiest days because seeing him hale and hearty is reassuring,” Disu said.