Dickson is recruiting militants to destabilise elections in Bayelsa - Lokobiri 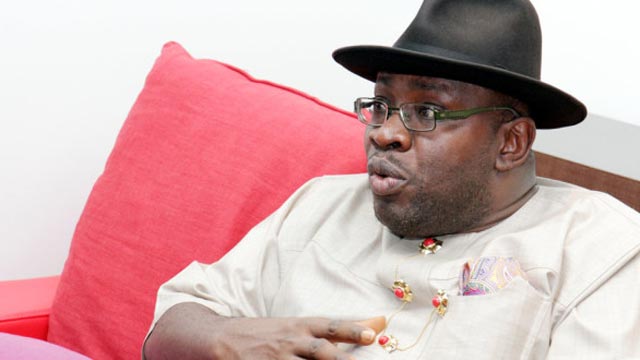 Sen. Heineken Lokobiri, Minister of State for Agriculture, has dismissed accusations of instigating violence in Bayelsa leveled against him and other APC chieftains in the state by Gov. Seriake Dickson.

The minister said the governor was rather the chief instigator of violence, accusing him of planning to disrupt the forthcoming elections using militants.

The News Agency of Nigeria (NAN) reports that the governor had accused the minister, ex-governor Timipre Syla and the All Progressives Congress (APC) of orchestrating political violence in Bayelsa, and urged President Muhammadu Buhari to direct security agencies to beam searchlight on them.

However, Lokpobiri in a statement by his Special Adviser on Media, Mr George Oji, accused the governor of habitually fraternising with militants, some of whom he appointed as local government chairmen.

“Governor Seriake Dickson has continued to fabricate unfounded and unsubstantiated lies against the leadership of the APC in Bayelsa State as sponsors of political violence in the state.

“The latest of such lies was during a press briefing on Monday, February 18, in Yenegoa.

“The governor alleged that Lokpobiri and Sylvia, leaders of APC in Bayelsa are known violent persons who deploy political thugs to create panic and rig elections in the state.

“The fact that the executive governor of a state will continue to descend to such dismal low, only speaks to the fact that he is obviously unaware of the high demands of the exalted office he occupies.

“For the avoidance of doubt, Dickson should realise that governance demands much more than the ridiculous and caricature act of ringing bells and dancing in the public arena at any given opportunity.

“As the mastermind and architect of political violence in Bayelsa, it is pertinent to remind the governor that he was the one who mobilised political thugs to the residence of the Honourable Minister in Ekeremor during the 2015 gubernatorial elections.

“As the chief patron of militants and the militia groups, Dickson, in build up to the polls, appointed militants as Chairmen and Vice chairmen of local government councils in Bayelsa.

“The most significant of them being the current Chairman and Vice Chairmen of Ekeremor , and Southern Ijaw LGAs amongst others.

“These are the same set of miscreants that the governor is planning to use to perpetrate thuggery and political violence during this election.

“The Economic and Financial Crimes Commission (EFCC) should undertake a full scale investigation into the reckless expenditure of the N1.3 trillion that accrued to the state in the past seven years from the federation account.

“For instance, Dickson has continued to bandy conflicting figures as to the real cost of the State airport project.

“It is difficult to pin the governor at any credible figure for the airport project,” Lokpobiri stated.

The minister urged Bayelsa people to begin assessment of the impact and value addition of the Dickson’s government in their various communities in the past seven years.

Lokpobiri called on security agencies to checkmate the activities of the governor, particularly on political thuggery, plans for violence, vote buying, ballot box snatching and other political and election malfeasance.

He said that people of Bayelsa deserved to be given the opportunity to exercise their franchise at the polls under a violent free atmosphere.