Polls: We will not allow thuggery and ballot box snatching - Oshiomhole 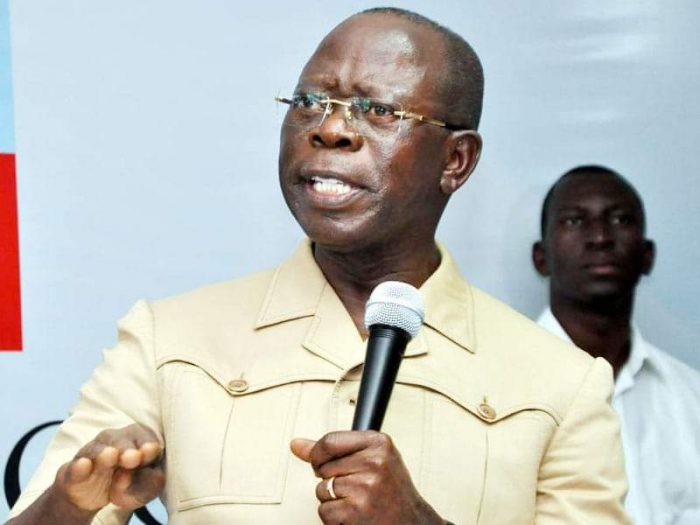 National Chairman of the All Progressives Party (APC), Adams Oshiomhole, says the party will not allow thuggery and ballot box snatching during the general elections.

Oshiomhole stated this on Thursday in Benin while briefing newsmen after he met behind closed doors with leaders of the party from the 18 local government areas of Edo.

He also said that the party had no intention to rig the elections.

“We had a special meeting; we met as APC family to reaffirm our commitment to ensure we do what is expected of us as leaders to mobilise the people of Edo to vote for APC and President Muhammadu Buhari.

“In Edo, we are used to one man, one vote; so, we will not allow thuggery and ballot box snatching,’’ he said

Oshiomhole said Buhari had demonstrated that “he is a trusted and honest leader and therefore, deserved a second term to complete his development agenda’’ in the country.

“We have promised to give Buhari a second term and based on the track records of APC governments in Edo, I believe Buhari will win,” he said.

Also speaking, Gov. Godwin Obaseki said his administration recorded successes within a short time because of the support he got from the president.

“Edo is an APC State and there is no doubt about it.

“The Buhari led administration has been supportive to us and granted all our requests; he has assured that he will do more for us,’’ the governor said.