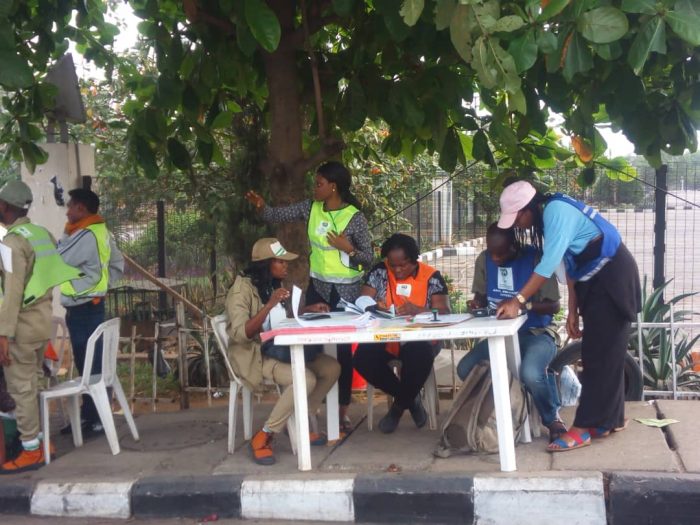 INEC ad-hoc officials preparing for voting to commence in Ikeja

Many residents of Ikeja, Abule Egba and Agege areas of Lagos have expressed disappointment over late start of voting in their domains, as officials of the Independent National Electoral Commission,INEC, arrived late.

PM News reports that as at 9.00am, INEC officials had not arrived several places on the stretch of Obafemi Awolowo Road, Ikeja, as voters expressed disappointment over the development.

As at 9:15am, INEC officials were about to start the voting process at Polling Unit 045, ward 3 in Ikeja. At the poling unit of former Governor of Lagos, Asiwaju Bola Tinubu, voting had not started as at 9.30am.

At Polling Units 05, 044, 040, 041 and others on Obafemi Awolowo Road, Ikeja, INEC officials had not arrived as at between 9.00am and 9.25am. Voters and security officials were seen waiting for INEC in frustration.

At Polling Unit 08, Charity Road, Abule Egba, INEC officials were on ground, but the Card Reader was not functioning.

Residents expressed sadness over the development.

In Agege, voting was yet to start in several polling units visited as INEC officials arrived late.