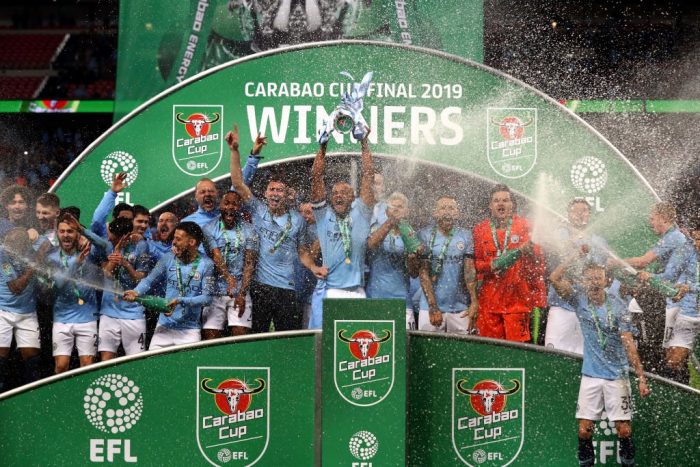 City claimed the first major trophy in their four-pronged assault on silverware but this stale final, which was goalless after extra-time, will be remembered for an almost unprecedented challenge to Sarri’s authority by Arrizabalaga.

The £71m Spanish keeper, Chelsea’s club record signing, had been struggling with cramp in the closing stages of extra-time and Sarri decided to send on substitute Willy Caballero, who saved three penalties in a shootout to help Manchester City win this trophy against Liverpool in 2016.

Arrizabalaga refused to come off and Sarri backed down in a rage, before his misery was completed as City won the shootout, with Raheem Sterling scoring the winning penalty.

BBC reports that Ilkay Gundogan, Sergio Aguero and Bernardo Silva scored from the spot for City and even though Arrizabalaga saved from Leroy Sane it was to no avail.

Jorginho’s spot kick was saved by Ederson and David Luiz hit the post as Chelsea were sunk, despite Cesar Azplicueta, Emerson and Eden Hazard converting their kicks.

City retained the trophy but Arrizabalaga’s insubordination will be the headline story.