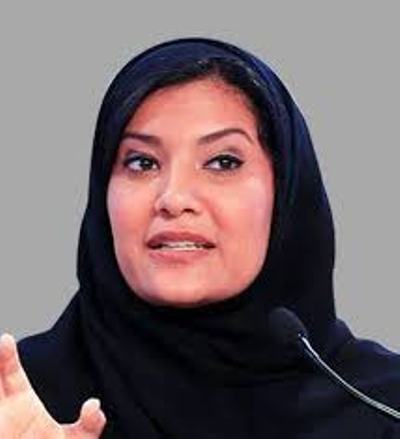 She is the Saudi first woman to take the post of U.S. ambassador.

Educated at Mount Vernon College at George Washington University in the United States, Princess Rima came in 16th in Forbes Middle East magazine’s list of the 200 most powerful Arab women.

She worked as an adviser at the office of Saudi Crown Prince, Mohammed bin Salman, and worked as a planning and development undersecretary at the country’s General Sport Authority.

The princess is also president of the Saudi Federation for Community Sports.

She worked alongside the Ministry of Education to establish sports education for girls in schools and the participation of women in many sports competitions, according to SPA.