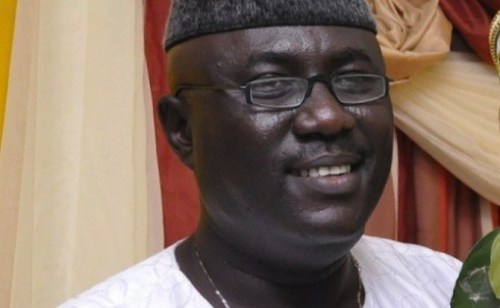 Egberongbe will be representing Apapa Federal Constituency of Lagos State at the green chambers.

Adelein Lagos that he had faith in the APC under the leadership of President Muhammadu Buhari in taking Nigeria to the “Next Level”.

The Independent National Electoral Commission (INEC) on Sunday declared Egberongbe the winner of the Federal House of Representatives with 17,961 votes.

He said that Egberongbe won with 17,961 votes, to defeat his closest rival, Mr Adewole Adewunmi of the Peoples Democratic Party (PDP) who polled 11,845 votes.

The council chairman said, “All things have worked together for good because the earlier postponement of the elections gave the INEC the opportunity to re-strategise and work on their lapses.

“They created additional voting points which helped them to capture those living in the hard-to-reach interior places of the state.

“The turnout of the residents of my constituency was impressive and they voted en mass for the candidates of their choices.

“I am excited that God favoured the APC because it is the party that has the support of the masses.

“It is the political party that will also bring about infrastructural development that will make our country great,” Adele said.

The chairman also thanked all the security agencies for playing their parts as unbiased umpires, keeping the peace and protecting the electorate while they were performing their civic duty.

Adele urged the people of his constituency to come out again and vote en mass in the Governorship and State House of Assembly elections which holds on March 9 across the nation.

He pledged to continue to serve the people of his local government transparently and assured them that they would continue to enjoy the dividends of democracy.