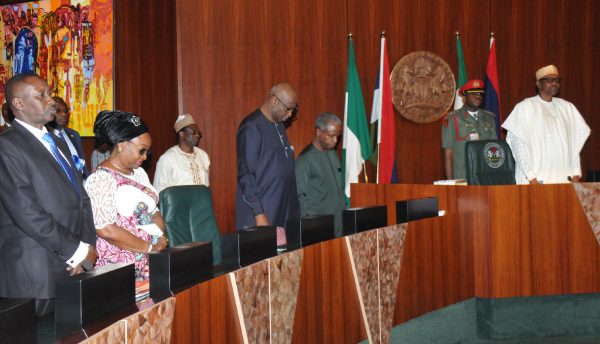 President Muhammadu Buhari is set to dissolve his cabinet before his inauguration for a second term in office on May 29.

Buhari won his re-election, polling over 15 million votes to defeat his main challenger and presidential candidate of the Peoples Democratic Party, PDP.

Mr. Femi Adesina, the spokesman of President Buhari in an interview on Arise TV, said the president is expected to officially dissolve his cabinet at the expiration of the first tenure on May 29

“That mandate lapses on May 29, and shortly before May 29, the president is likely going to officially dissolve his government. That is the way it is usually done.

“He says thank you to everybody that he has called to work with him and then he dissolves that government officially.

“Then when he is inaugurated for a second time, he now reconstitute a government; he appoints his personal aides, he forms his cabinet, he appoints other people to fill other positions,” he said.