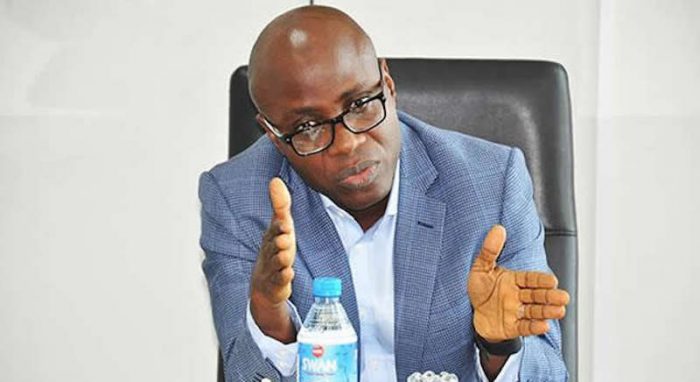 The Executive Secretary of the Nigeria Extractive Industries Transparency Initiative, (NEITI), Mr. Waziri Adio, says the solid mineral sector, though not being tapped to its fullest, has the potential to grow Nigeria’s economy, create jobs and address a number of social issues.

Adio made this known at the launch of a report designed to enhance the contribution of the solid minerals sector to Nigeria’s revenue and Gross Domestic Product, (GDP) in Abuja on Thursday.

The report is tagged ‘Improving Transparency and Governance in Nigeria’s Mining Sector,’

According to him, NEITI, in launching the report, is seeing how it can bring on board, what needs to be done and how it should be done.

He added that NEITI wanted to go beyond audits and do things that would impact the lives of the citizenry.

“There is no doubt that Nigeria has lot of potentials in the solid minerals sector, but having potentials is not enough.

“Potentials by itself would not translate to improve revenue for improved fortunes for countries and for its people.

“Our country definitely needs other streams of income, but we are not doing that.

“This sector is one that has all the potentials to generate more revenue for our country, create more jobs for our people, to even expand our industrial base. Rather than continue to talk about the problems all the time, we want to do something that would build on ongoing reforms in the sector.

“The Ministry of Mines and Steel Development is doing enormous work to reposition the sector.

“To align with that, we want to see how we can bring certain perspectives, not just on the potentials and problems, which we all know, but what needs to be done and how,” he said.

Presenting the report, the Editorial Consultant and Professor of Geology, University of Ibadan, Mr Gbenga Okunlola, said that in comparison with other countries with similar potential, Nigeria’s mining sector was still largely underdeveloped.

The NEITI report, he said until recently, when there had been a slight improvement, the mining sector’s contribution to the GDP had not been more than 0.5 per cent, a reversal from the historically higher percentages of about 4-5 per cent in the 1960s and 1970s.

“The misfortune of the solid minerals sector started with the Indigenisation Decree of 1972, which saw a massive withdrawal of foreign investments in the mining industry from the country, leaving the bulk of private sector mining operations in the hands of small scale local miners.

“These factors were largely responsible for production decline in the sector, particularly in the metallic minerals sub-sectors, starting in the late 1970s.

He further noted that the report called for policy consistency in the sector, stating that this would help boost Nigeria’s score in the global Policy Perception Index, thereby, removing the barriers to investments in the sector.