Leadership is about character, Atiku’s desperation is so obvious - Oshiomhole 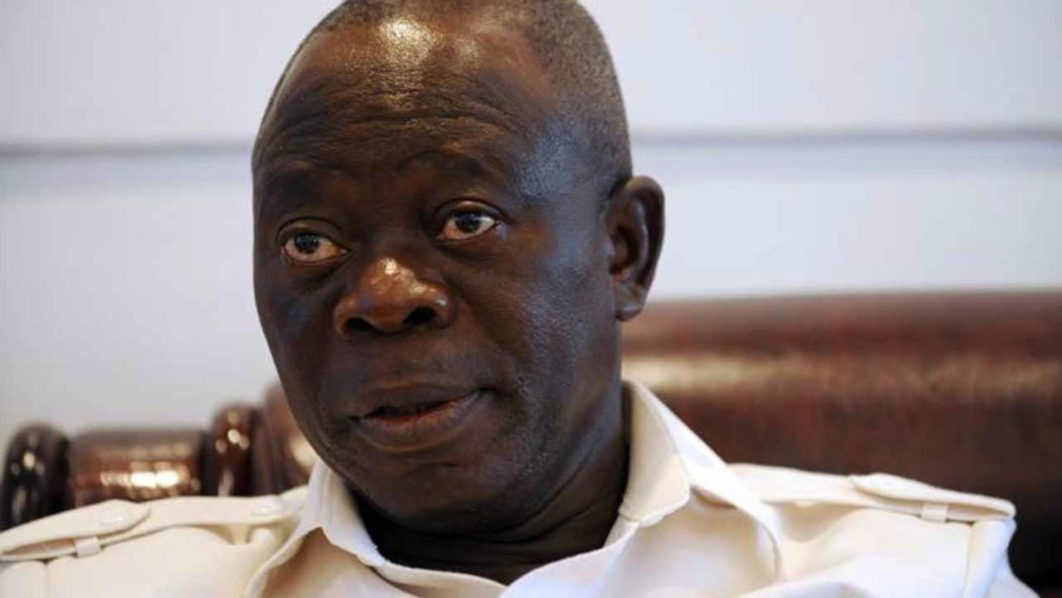 Mr Adams Oshiomhole, the All Progressives Congress (APC) National Chairman has said that Atiku Abubakar, the Peoples Democratic Party (PDP) president candidate in the Feb. 23, Presidential National Assembly election is a political rolling stone not destined to be Nigeria’s president.

He stated this on Thursday in Abuja at a news conference while reacting to allegations made by Atiku and the PDP that the elections was not credible.

Oshiomhole added the Nigerian electorate have spoken, as such Atiku would certainly not rule Nigeria in spite of his desperation.

He added that those waiting for an Atiku free market regime had missed it, as Nigeria does not need such investors.

The APC national chairman stressed that what the country needed at the moment were genuine investors with long term interest and ready to invest in real production and labour intensive industries.

Oshiomhole expressed optimism that genuine investors who had genuine businesses and ideas and knew the market potentials of the Nigerian economy would remain in spite of what the opposition thought.

The APC national chairman said such investors would come in to take advantage of the country’s huge market.

He chided Atiku for assuming that the country’s future was tied to his presidency.

“Leadership is about character, Atiku’s desperation is so obvious, he is so desperate, and it is on record that he challenged his own boss, former President Olusegun Obasanjo not to do a second term,” Oshiomhole recalled.

He noted that Atiku fought his former boss, left their party and joined another where he got its ticket to contest the presidency then, but lost.

He said it would be difficult to count how many time Atiku had defected from one political party to another, saying that: “he is a political rolling stone.

“He is such a political rolling stone, does he think Nigerians are so insane: Atiku is a man who is not stable, and has no conviction,” Oshiomhole added.

He stressed that Atiku’s interest was all about himself, following his confession during his campaigns that he was going to sell off some of the country’s national assets and enrich his friends if he became president.

The APC national chairman maintained that Atiku would “certainly not be the country’s president at a time like this.”

He wondered what gave the former Vice President and PDP presidential candidate the sense of entitlement that he must be the country’s president.

Oshiomhole noted that the APC would not deny anyone the right to dispute the outcome of an election in court.

He, however, maintained that resorting to violence was not the way out, saying that even as Edo State Governor, he had to go to court to reclaim his electoral mandate when he was cheated out.

“I did not resort to violence, and I did not call out workers to go on strike to defend my mandate.

“All I did was to submit to the laws of Nigeria which says if you doubt the outcome of an election, and you have a course to dispute it, the only lawful way open to you is to go to court.

“So we are looking forward to meeting Atiku Abubakar in court,” Oshiomhole said.

He added that the APC may also petition the Independent National Electoral Commission (INEC) especially with regards to states where it felt it was shot changed in the elections.

He explained that the large turn out of voters in Borno and the North East which Atiku queried was made possible because of improved security in the area made possible by the APC-led Federal Government.

Buhari had contested the election with over 60 presidential candidates from other political parties.

Twelve presidential candidates had two days to the election, withdrawn from the race and endorsed Buhari as their preferred candidate.