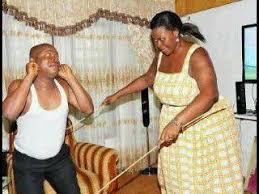 An Ibadan-based Pastor, Samuel Adedeji has told a Mapo Customary Court in Ibadan to terminate the year-old union between him and his wife, Temiloluwa over alleged threat to life.

In his petition to the court, Adedeji who lived at Ologuneru area of Ibadan accused his wife of frequently beating him and distracting him from his ministry.

“I think that I actually got it wrong by not making proper spiritual consultation before I went to the altar with Temiloluwa as a husband.

“For too long, I have had to cope with all sorts of humiliation, insults, abuses in addition to emotional and psychological torture which I have often suffered from her.

“When Temiloluwa’s trouble-making reached its peak, she started beating me and tearing off my dresses.

“Recently, she gave me three dirty slaps in the night and was attempting to stab me to death that same night when I had to run for my dear life.

“Temiloluwa has no regard for anybody because by her attitude, she is a devil in human skin.

“Now, she has left my home and I need to move on too. There is no more love between both of us,” Samuel said.

However, the respondent was conspicuously absent in the court when she was called to respond to the allegations leveled against her.

The court’s bailiff informed the Arbitrators, led by the President, Chief Ademola Odunade that he had served notices of court hearing on Temiloluwa and that she deliberately ignored the notices.

After careful consideration, Odunade dissolved the union, citing threat to life as the reason.

He ordered that the copy of the judgment be served on the respondent in order for her to be aware of the latest in the case.