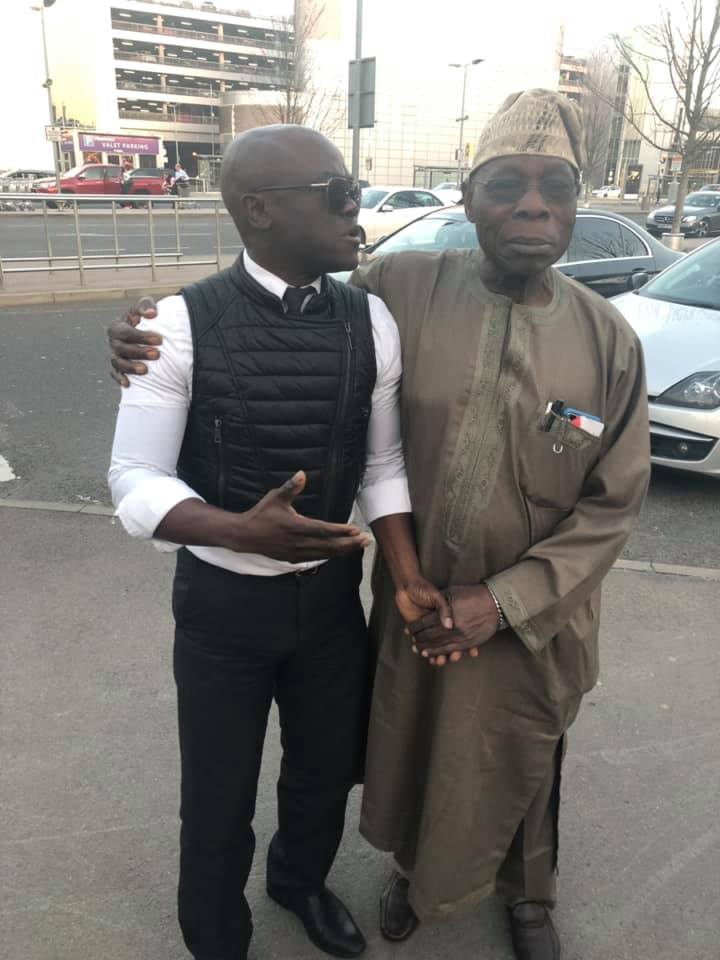 Former president Olusegun Obasanjo who travelled out last night after the announcement of President Muhammadu Buhari as the winner of the 2019 presidential election was spotted in London today.

The former president took a picture with a Nigerian in London who posted it on twitter. It is not clear what Obasanjo is doing in London.

Obasanjo was seen walking hurriedly to catch his flight and unable to greet many of his admirers wanting to shake hands with him at the airport last night.

While many Nigerians have been congratulating President Buhari for securing victory for a second term in office, Obasanjo has kept mum over the outcome of the election.

His preferred candidate for the presidency Alhaji Atiku Abubakar of the Peoples Democratic Party (PDP) not only lost in Obasanjo’s polling booth but also in 19 states of the federation.