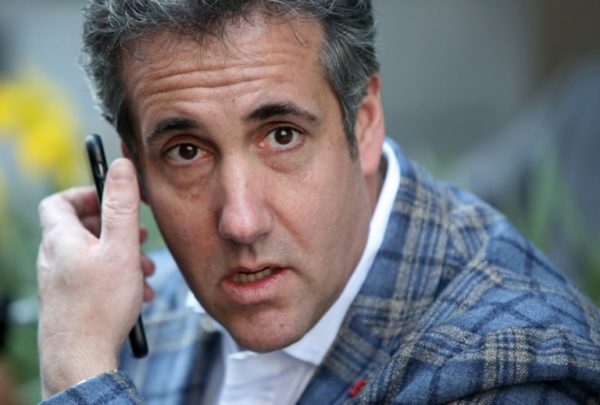 President Donald Trump’s former personal lawyer Michael Cohen on Wednesday told the U.S. Congress that Trump is a `racist,’ a `conman’ and a `cheat.’

Cohen, Trump’s onetime `fixer,’ said Trump knew in advance about a release of emails by the WikiLeaks website aimed at hurting his 2016 Democratic presidential rival.

According to Cohen’s prepared testimony, Trump directed negotiations for a real estate project in Moscow during the White House race even as he publicly said he had no business interests in Russia.

“I am ashamed because I know what Mr. Trump is, he is a racist, a conman and a cheat,” Cohen said in an opening statement to a House of Representatives committee.

“Donald Trump is a man who ran for office to make his brand great, not to make our country great,” Cohen said.

“He had no desire or intention to lead this nation, only to market himself and to build his wealth and power.”

Michael Cohen warned members of Congress not to follow Donald Trump `blindly,’ saying his own fate is a cautionary tale.

“The more people that follow Mr Trump as I did blindly are going to suffer the same consequences as I am suffering,’’ Cohen noted.

He, however, blamed the president for the destruction of civility in the country.

He was also sharply critical of members of Congress who he accused of “silliness.’’

“I’m responsible for your silliness because I did the same thing you’re doing now, for 10 years, referring to his time employed by Trump,’’ he stressed. (dpa/NAN)