Why I was confident of Buhari’s victory – Lai Mohammed 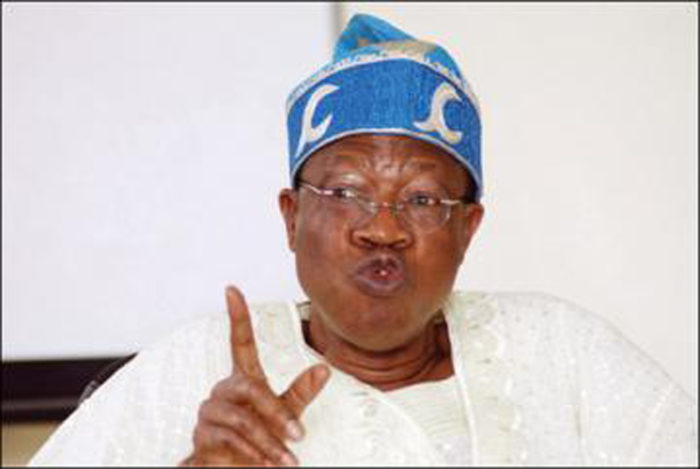 The Minister of Information and Culture, Alhaji Lai Mohammed, said he “was so confident” of President Muhammadu Buhari’s victory in the last Saturday elections judging by the unprecedented achievements of his administration.

The minister made the remarks on Thursday in Abuja when he received the management of his ministry, who came to congratulate him on the victory of the All Progressives Congress (APC) at the Presidential and National Assembly elections.

“I must say that I had no doubt at all that Nigerians will re-elect the president. I said that over and over again before the election.

“Why was I so confident?

“It is because President Buhari presides over a government that has done what no government in the history of Nigeria has done.

“The administration’s Social Investment Programme is unprecedented. Under this programme, the government feeds 9.3 million children every school day;

“Some 500,000 unemployed graduates have been employed under N-Power and some 300,000 families are benefitting from the Conditional Cash Transfer,” he said.
Mohammed said the administration gave between 10,000 and 100,000 under Tradermomi and Market Money to business owners.

He said pensioners who had been left in the lurch were being paid, including ex-workers of the Nigerian Airways, NITEL and former Biafran policemen, among others.

“The fight against corruption is being institutionalised with a number of policies that include Treasury Single Account (TSA), Whistleblower policy, etc.

“Of course, huge amounts of money, as well as properties, are being recovered from looters, and those who have looted our treasury are being jailed.

“About 2.7 trillion Naira, an unprecedented amount of money, has been spent on infrastructure renewal.

“The rail system is being modernized and expanded, roads are being constructed in every state, airports terminals are being built and modernised. Power generation and distribution are going up steadily,” he said.

The minister said that Nigeria was closer to achieving self-sufficiency in food production, especially in such staples as rice, yam, cassava.

“We are paying very close attention to the security of lives and properties, our Ease of Doing Business programme is receiving accolades around the world.

“Overall, this government is doing more with less and is restoring decency and integrity to governance.

“Like the New York Times said, the re-election of President Buhari is a referendum on honesty. There is no better way to put it,” he said.

He said the victory symbolised the triumph of the ordinary Nigerians over the elite.

He thanked Nigerians for their support in the past three and a half years and implored them to continue to support the administration.

Earlier, the Permanent Secretary of the Ministry, Ms Grace Isu-Gekpe congratulated the minister on the victory, particularly in Kwara his home state.