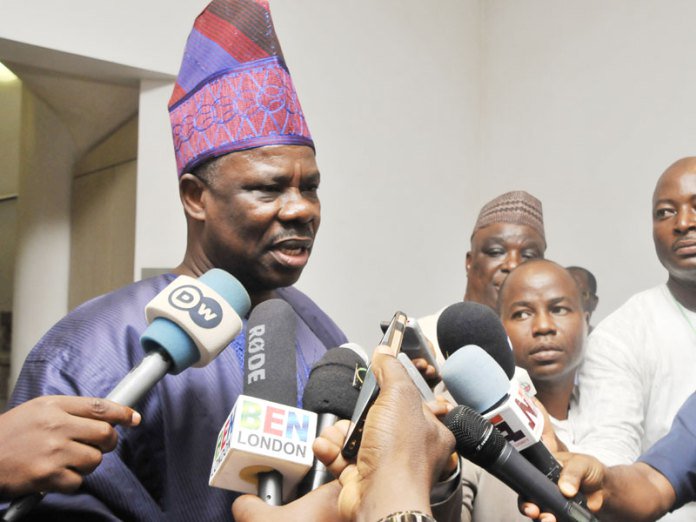 The National Working Committee of the All Progressives Congress (APC) on Friday suspended governors Ibikunle Amosun of Ogun and Rochas Okorocha of Imo states.

The NWC of the party further recommended the expulsion of the duo from the party for brazen anti-party activities.

Both governors are supporting different candidates for the governorship election in their states.

Okorocha, who won a Senate seat as APC candidate, is backing his son-in-law, Uche Nwosu campaigning for Imo governor as candidate of Action Alliance.

Amosun, who also won a Senate seat as APC senator last week, is also supporting a member of the House of Representatives, Abdulkadir Akinlade, as governor as a member of the Allied Peoples Movement.

In Imo, APC has Senator Hope Uzodinma as its governorship candidate. Prince Dapo Abiodun is the candidate in Ogun.

Amosun was roundly criticised in February when he flooded an APC presidential rally in Abeokuta with APM supporters. The incident almost went awry as the APM mob nearly stoned President Muhammadu Buhari.