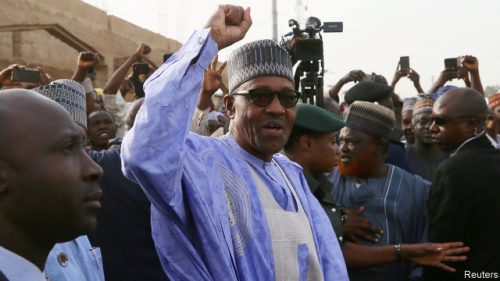 The Allied Congress Party of Nigeria (ACPN) has urged President Muhammadu Buhari to ensure a government of national unity in his second term.

Alhaji Ganiyu Galadima, National Chairman of the party,made the call in a statement on Friday in Abuja, saying his victory at the Feb.23 Presidential and National Assembly elections was true reflection of the will of the majority of Nigerians.

Galadima said government of national unity would further solidify,unite the country and give stakeholders that had something to offer the nation the opportunity to serve in different capacities.

He also advised President Buhari to intensify efforts at tackling insecurity beyond the North-East and revamp the nation’s economy.

The ACNP national chairman also said that the country’s social safety net should be improved upon to boost the living conditions of Nigerians especially the elderly and the unemployed.

He called on the Peoples Democratic Party (PDP) Presidential Candidate in the election,Atiku Abubakar, to concede defeat or channel his grievances through appropriate quarters.

The party chairman stressed the need for Atiku and the PDP to steer clear of actions and utterances that would overheat the polity and degenerate into security threat.

He congratulated President Buhari on his victory at the polls which he described as well-deserved considering his popularity, acceptance across board and his performance in the last three and half years.

“We as a party had expressed our support for him even before the election, and we thank God that our support was not in vain.

“We, therefore, urge Alhaji Atiku Abubakar of the PDP to see Buhari’s victory as the will of the majority of Nigerians; the people have spoken.

“We expect him as a democrat to concede defeat and move on, bearing in mind that it is God that gives power.

“We also believe that Alhaji Atiku and his party have the rights to challenge the outcome but we advise that such should be done in a peaceful manner without putting the security of Nigeria and Nigerians at risk,” he said.

Galadima commended the Independent National Electoral Commission (INEC), security agencies, political parties and Nigerians for giving peace a chance before, during and after the announcement of the election results.

He urged Nigerians to be more patriotic by coming out en masse during the remaining elections slated for March 9, in a peaceful manner to exercise their franchise.

The News Agency of Nigeria (NAN) reports that ACPN was one of the political parties that adopted President Buhari as its candidate and rallied support for his re-election.

The president had contested the election with 72 presidential candidates from other political parties.

Ttwo days to the election, 12 presidential candidates had endorsed Buhari as their preferred candidate