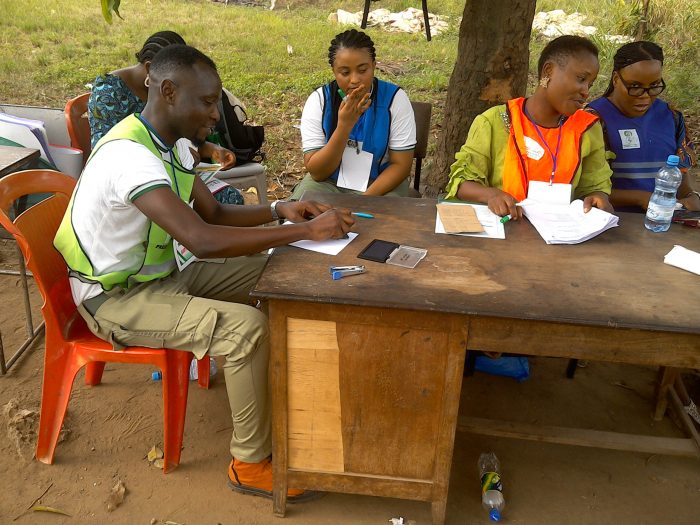 Ottoh in Lagos on Friday that the lack of commitment by some INEC ad-hoc staff accounted for the difficulty in computing results in some Local Government Areas of the state.

“I participated in the election as a collation officer for Eti-Osa Local Government.

“Some of the ad hoc staff abandoned their duty posts without proper computation of the result which puts pressure on the collation officers.

“There is nothing wrong in using the “youth corpers’’ for the election process but they should be trained properly to show more commitment to the job,’’ he said.

Ottoh said that he did not subscribe to corps members being used in such large numbers for election because of the sensitive nature of the process and commitment required from the officials.

“We need well-trained knowledgeable personnel for elections because an election is a sensitive issue.

“So, INEC should look into the proper recruitment of ad hoc staff in subsequent elections,’’ the political scientist said.

Ottoh said that a large number of political parties that participated in the elections also accounted for some of the challenges during the computation of results.

“INEC, the political parties and the judiciary need to come together and proffer solution to get our electoral process right,’’ he said.

Ottoh said that there had been an improvement in the Nigerian political culture in terms of creating awareness and sensitising the public on ththumbprinte of the electoral process.

He, however, said that more needed to be done on the part of INEC, political parties and the National Orientation Agency (NOA) to ensure that people were enlightened about elections.

“Most of the electorate are not properly educated on how to properly thumb print while casting their votes, hence an increase in void votes,’’ he said.

Ottoh said that he was glad that President Muhammadu Buhari was re-elected so that he can complete the projects and tasks that began under his administration.

He, however, said that he would prefer a situation whereby the government could be changed every eight years irrespective of performance in order to project fresh ideas into the country.

“That is the beauty of the American political system because no matter how good or bad a government is, after eight years, the system unknowingly changes itself.

“This is done in a bid to prevent one-party dominance which has become a dangerous trend in African politics.

“Being able to change our leaders freely through our votes is what will make our political system attain true stability,’’ the political scientist said.