Next four years will be tough, Buhari tells ministers 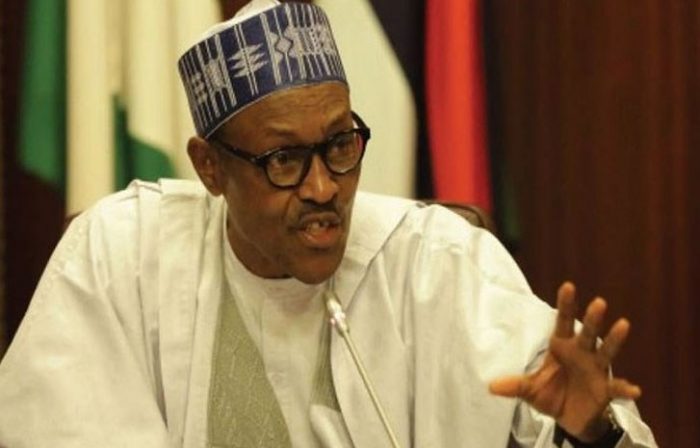 President Muhammadu Buhari has warned his ministers that the next four years of the administration would be tough.

The president gave the warning at a special meeting with his cabinet ministers who were in the State House, on Friday in Abuja to congratulate him on his electoral victory.

According to the president, the new four-year mandate given to his administration by Nigerians will be tough as he pursues his campaign promises of securing the country, transforming the economy and the fight against corruption.

The president said: “My last lap of four years I think is going to be tough because people are very forgetful – that was why wherever I went I reminded them of the campaign by our party of the three fundamental issues – security because you have to secure a country or an institution to manage it properly.

“If you don’t secure it you can’t manage it no matter how much propaganda you put in place.

“Secondly, the economy, the unemployed able bodies is the problem of this country as a whole – more than 60 per cent are youths – that meant 35 years and below – they need to be kept busy.

“I realised that and I think God heard our prayers that the two previous rainy seasons were good and we had the foresight to get the Ministry of Agriculture and Rural Development and the Central Bank to try and give soft loans to farmers so that able bodies that have land can go back to land.’’

The president said that his recent campaign tour of the 36 States of the federation and FCT had proven that he is medically fit to lead Nigeria for the next four years.

He said this was contrary to the belief of the opposition, who doubted his medical fitness.

Buhari, therefore, thanked God for giving him the strength and health to prove his critics wrong.

“I tried to visit the 36 states and Abuja, firstly, to prove to the other side that I’m fit. I tried to cover two states per day and secondly, not to make anybody feel that any state had been left out.

“So, I thank God that He gave me the strength and health to see through my plan and I think it is appreciated,’’ he said.

The Independent National Electoral Commission (INEC) had on Wednesday declared Buhari of the All Progressives Congress (APC) winner of the 2019 Presidential Election, held on Feb. 23.

The Secretary to the Government of the Federation (SGF), Mr Boss Mustapha, who spoke on behalf of the members of the Federal Executive Council and the Leadership of the Public Service of Nigeria, said the meeting was meant to congratulate the president on his historic re-election.

“Your victory with a huge majority of votes cast is indeed a well-deserved success because it was a referendum on honesty, integrity uprightness and sincerity.

“The Change you promised four years ago to put the Nigerian economy on a sustainable development path; restore security of lives and property; and to fight corruption has laid the firm foundation for growth.

“Your commitment, dedication and purposeful leadership had indeed become the springboard that has taken us to the Next Level,’’ he added.

According to Mustapha, the leadership of the Public Service is also happy because the re-election will deepen the on-going reforms aimed at strengthening its capacity for the delivery of good governance.

He said: “For the records, we recall your reform achievements signposted by the introduction of the Treasury Single Account [TSA], Bank Verification Number (BVN), Presidential Initiative on Continuous Audit (PICA), the Open Government Partnership (OGP), the whistle blower policy, the Federal Civil Service Strategy and Implementation Plan (FCSSIP) 2017-2020, your commitment to the implementation of the Minimum Wage as well as to the welfare of the Nigerian workers.

“All of these have combined to transform the Public Service into an effective and productive machinery.’’

The SGF, who pledged the loyalty and support of members of FEC to the government, assured that they would facilitate the creation of an enabling environment for sustainable development of the nation.

“It is the prayer of all of us that in this second term, God will increase your wisdom and endow you with good health to enable you to expand the frontiers of the fulfilment of your promises. Indeed, our best years are still ahead of us as a nation.

“We salute your courage, firmness and fairness,’’ he added.

The highlight of the event was the presentation of congratulatory cards to the president by the SGF and the Head of Civil Service of the Federation, Mrs Winfred Oyo-Ita.