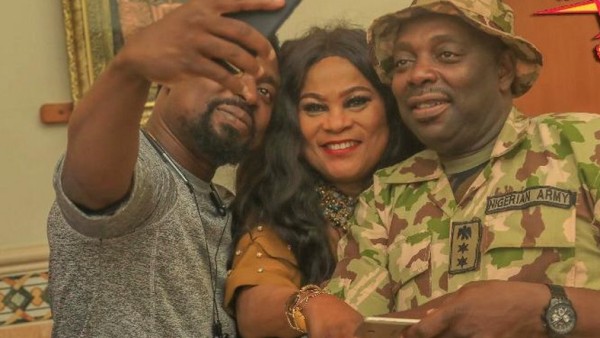 Sola Sobowale,Segun Arinze on the set of ‘Knockout’

The plot of ‘Knockout’ tells the story of comical occurrences that took over a community after the news about a boxing competition with a cash prize of One Billion Naira ($3 Million) broke out.

A group of people from different walks of life were sent into a hilarious frenzy, after which they devise mischievous means to participate in the competition, with firm eyes on the prize.

The ‘clumsy boxer’ they choosed and the crazy characters they meet along the way sparked off the intrigues that characterizes ‘Knockout’.