Oshiomhole is trying to destroy APC in South-East - Gov Okorocha 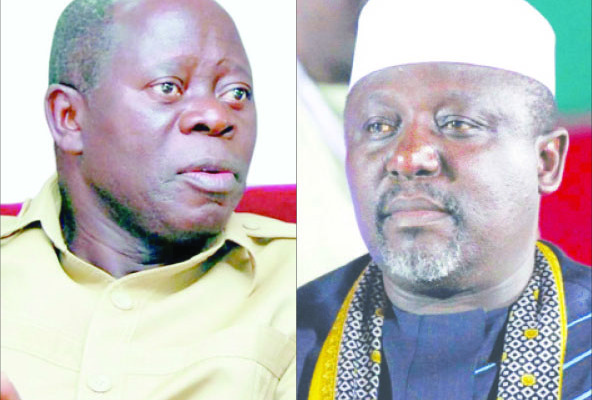 Governor Rochas Okorocha of Imo has accused the National Chairman of the All Progressives Congress (APC), Comrade Adams Oshiomhole of trying to destroy the party in the South-East.

Okorocha via a statement issued on Friday in Owerri by his Chief Press Secretary, Mr Sam Onwuemeodo, was reacting to his suspension by the party.

He said the suspension was illegal and would not hold.

He alleged that the party had been overrun by crisis in the South-East states mainly because of the “fraudulent manner with which primaries were conducted by the chairman.”

The governor faulted the party chairman for suspending him at a time when the party was celebrating its success for the Presidential and National Assembly elections, in spite his contributions to the party’s success.

“In 2015, I joined the merger that gave birth to APC at the risk of my second tenure yet I won the governorship election.

“I delivered 24 out of the 27 members of the House of Assembly for APC, two House of Representatives members and one senator.

“When the APC members across the nation are still celebrating the success of the party in the Presidential and National Assembly elections, Oshiomhole in his wisdom, felt that the best action in the circumstance was to suspend two governors who did well in the election, even when he played safe in 2015 and 2019 in Edo without any known pressure,” he said.

Okorocha said that APC would outlive the chairman, especially in the South-East and in Imo in particular, adding that men like him “hardly sleep with their two eyes closed.’’