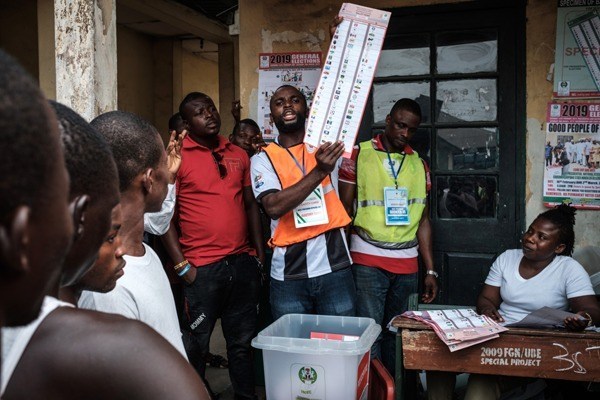 Mr Sam Agidi, the Nasarawa State Commissioner for Environment, has commended youths of the state over their orderly conduct before, during and after the presidential and national assembly elections.

Agidi spoke on Friday in Agyaragu, while celebrating the victory of President Muhammadu Buhari, Gov Tanko Almakura and other APC candidates in the Feb. 23 elections.

He urged the people to replicate the mass turn out on March 9, and vote the APC in the governorship and state house of assembly elections.

“I am here to celebrate the victory of President Buhari, Gov.Tanko Al-Makura as Senator-elect, and other winners of the national elections.

“Their victory is a victory for democracy. I want to call on you to continue to give your maximum support and cooperation to the state and federal governments in order to enjoy more dividends of democracy,” he said.

The commissioner also appealed to various communities in the state to live in peace and ensure mutual tolerance.
Agidi charged them to be law abiding and respect constituted authority in the interest of development.