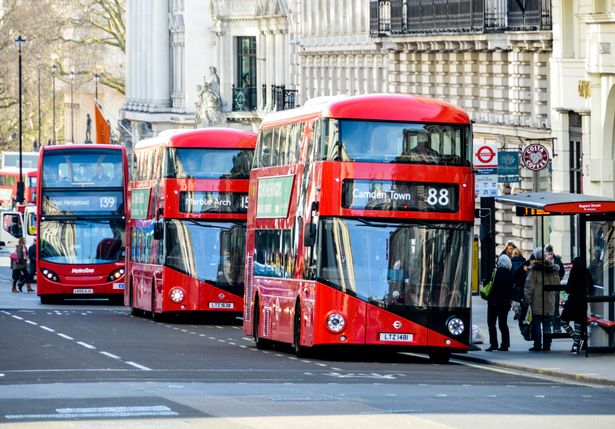 An incredibly honest cleaner who found £300,000 in cash on a London bus decided to hand it in to the police rather than keep the stash of money that could’ve settled them for a lifetime.

The cleaner, hired by Cordant Cleaning, found the money in a brown envelope after an absent-minded passenger left it there.

Had the lucky finder kept the money they most certainly wouldn’t have needed to carry on scraping floors for a living.

But the cleaner, whose identity hasn’t been disclosed, sacrificed the prospect of a future lavish lifestyle and rather than nicking the hefty sum, returned it to the Met police.

Some of the cleaner’s colleagues, however, ran into far less attractive items left behind by travellers that just had to be binned.

They include a deep fryer found on a bus in Leeds and a positive pregnancy tests in Southampton.

Sex toys and soiled nappies were also found in Leeds, while a pair of dirty knickers in London were one cleaner’s lucky find.

Vomit containing false teeth was found on a bus in Southampton, where someone also dumped poo with a flag stuck in it.

But the most revolting finds by Cordant Cleaning staff were on a Glasgow double-decker – a used tampon tied to a handrail and a large fresh animal heart under a seat.

Cordant boss Guy Pakenham said: “More often than not I’m left shocked when my team tell me about the disgusting things they have to get rid of when cleaning buses up and down the UK.

“But I can only praise their dedication and good humour.

“They don’t seem to be fazed by anything.

“Thankfully our staff are fully trained and equipped to deal with cleaning hazards like these.

“But we can only urge passengers that next time they defecate on the floor of a bus, or throw up their own false teeth, please remember

to take all of your items with you.”