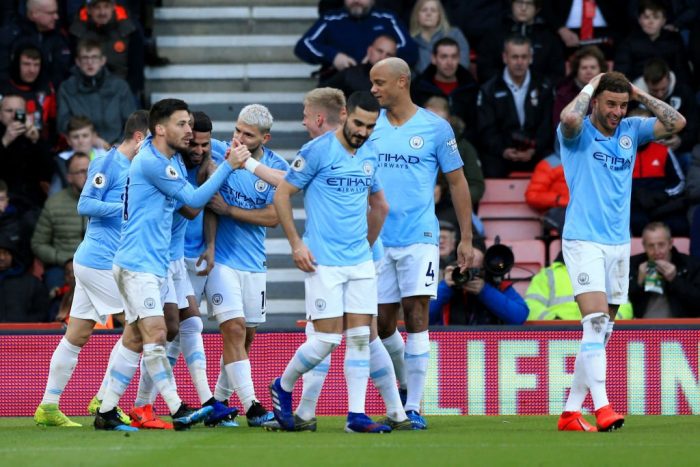 Riyad Mahrez scored the only goal as Manchester City overcame injuries to Kevin de Bruyne and John Stones to edge past Bournemouth and go two points clear at the top of the Premier League.

The champions lost De Bryune and Stones either side of the break before Mahrez – on for Belgian De Bruyne – fired City in front at the start of the second half.

Sergio Aguero hit the bar from long range before Mahrez saw his header well saved by Artur Boruc as City continued to dominate.

But Pep Guardiola’s side held on for a narrow victory that puts the pressure back on title rivals Liverpool, who can return to the summit with victory over Everton in the Merseyside derby at Goodison Park on Sunday.