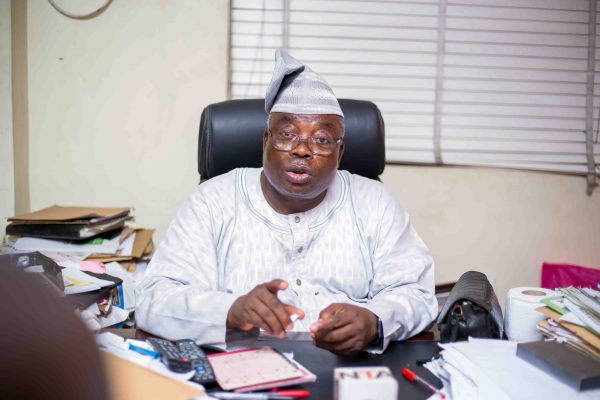 A chieftain of the All Progressives Congress (APC) Chief Lanre Razak has assured Nigerians that President Muhammadu Buhari’s second tenure will be better than his first term because he will consolidate on his past achievements.

Chief Razak who was a former Commissioner for Public Transportation in Lagos State thanked Nigerians for voting Buhari and APC for a second term, adding that the President’s victory was a reflection of his performance in the last four years and the confidence Nigerians reposed in him as a man of integrity and action.

While commending Professor Yakubu Mahmood, INEC Chairman for conducting a free, fair and credible election, the Balogun of Epe, said despite the challenges faced by the ruling APC-led Federal government, as a result of 16 years of PDP mis-governance and corruption, the Buhari government has been able to transform the country better than his predecessor in the last four years, especially in the areas of infrastructure, agriculture, railway project, security of lives and properties, including fighting corruption.

He advised the presidential candidate of the PDP, Alhaji Atiku Abubakar to accept defeat, rescind his decision to challenge Buhari’s victory in the law court and cooperate with the government in moving the country forward.

On the forthcoming March 9 governorship election, Chief Razak, a member of the Lagos State Governor Advisory Council (GAC) urged Lagosians to turn out enmasse and vote for the APC governorship candidate in Lagos State, Mr. Babajide Olusola Sanwo-Olu, stressing that other contenders in the race have nothing to offer.

Contrary to the criticism that President Buhari has been slow in his performance, the APC chieftain said Buhari will complete the second Niger Bridge, implement the party’s manifesto and carry everybody along in his government.

On why the GAC and the APC National Leader, Asiwaju Bola Ahmed Tinubu decided to endorse the candidature of Mr. Babajide Olusola Sanwo-Olu as Lagos APC gubernatorial candidate, Razak said Governor Akinwunmi Ambode has performed well but explained that the party has a lot of good materials and there is the need to give room for others to contribute their best towards the development of the State.

On the results of the last Presidential and National Assembly election, Chief Razak said that APC’s performance and cooperation of Nigerians led to the party’s landslide victory, adding that in the March 9 governorship election, APC will win more States.

Commenting on the allegation of rigging by the PDP, the APC chieftain said it is the figment of imagination by the opposition party with the intention to cause crisis and violence among Nigerians. He challenged the PDP to give evidence and proof that the presidential and National Assembly elections were rigged.