No going back on UTME biometrics – JAMB 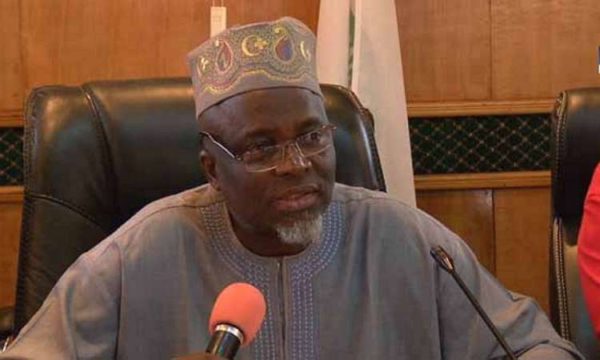 The Joint Admissions and Matriculation Board (JAMB), says it will not rescind its decision on the use of biometrics in the conduct of its Unified Tertiary Matriculation Examination (UTME).

This is contained in the board’s weekly bulletin issued on Sunday in Lagos.

According to the bulletin the importance of biometrics in the conduct of the board’s examination cannot be over-emphasised.

It noted that the Biometrics Verification Machine (BVM) was introduced by the board in an attempt to get rid of the numerous forms of examination malpractice.
It said the BVM was a security mechanism used for the authentication of candidates’ identity as it provided access to the individual data, based on physiological characteristics.

“The core value of a biometric verification process lies in its ability to provide extra layers of security and protection against counterfeiting and impersonation.

“The increasing threat of identity fraud during the board’s UTME before the advent of the BVM necessitated its introduction for capturing biometrics of candidates to counter fraud.

“The candidate’s 10 fingers are captured during registration and are used as clearance to admit them into the examination hall.

“There are various types of biometric solutions but JAMB opted for finger print recognition, to eliminate all forms of infractions.

“Biometric security is surely a breakthrough for the board, because the finger prints recognition technology provides a greater degree of security as it is impossible to steal, forget, loose or compromise data already captured.

“Therefore, the adoption of biometrics in the conduct of our examination is here to stay,” the bulletin noted.

It reassured candidates that their finger prints would not be used for any purpose other than identification.

According to the bulletin, the benefits of the BVM are immense and indispensable to the assessment process.

The News Agency of Nigeria (NAN) recalls that the board had prior to the commencement of the sales of its 2019 registration documents on Feb. 10, warned that it would not re-schedule any examination for candidates with biometric issues.

It added that candidates with issues of biometrics must visit the board’s headquarters in Abuja to be captured.

The bulletin noted that out of a total of 52 candidates with such challenges nationwide, only 22 showed up at the board’s headquarters for the process.

Meanwhile the bulletin also noted that the slash in the UTME fee by the Federal Government had increased the number of candidates who want to sit for the examination.

It said government had announced the reduction of the fees for the examination from N5, 000 to N3, 500.

The board’s Head, Media and Information, Dr Fabian Benjamin had told NAN in an interview that over 1.8 million candidates had registered for the examination.

“The board had in the past six weeks put its UTME and Direct Entry application documents from Feb. 10 to Feb. 21.

“Many candidates been interviewed disclosed that they were encouraged to register when they discovered that they could afford the new fees,” the bulletin said.