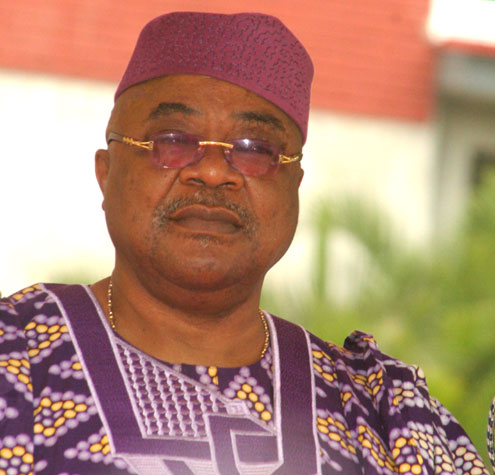 Ahead of the March 9 governorship election, the major political parties in Oyo State have formed alliances toward winning the election and forming a coalition government.

A former governor in the state, Adebayo Alao-Akala and his party, ADP, have sealed an alliance with the APC and would be supporting Chief Adebayo Adelabu, the APC governorship candidate.

Some opposition parties in the state–PDP, SDP, ZLP, ADC—were also in coalition talks toward picking a consensus candidate ahead of the governorship election.

Chief Wale Ohu, the Director-General, Akala Campaign Organisation, told NAN on Saturday night, that the former governor’s campaign team in ADP had aligned with the APC in the state.

He said that Adelabu’s chances of winning the governorship election was very bright with the alliance, describing the coalition by other political parties in the state as meaningless.

“Adelabu’s chances are bright in as much as the Akala Campaign Organisation and the ADP have sealed alliance to support him in the governorship election.

“If you look at the result of the last election in the state, you will realise that all the APC needed was to have a formidable alliance with us.

“ Now that we have sealed the alliance, the APC is sure of victory,” he said.

The ADP chieftain said that a combination of APC’s nine elected representatives with one from the ADP was enough to bring the victory.

Ohu added that the voting strength of Ogbomoso would also be a plus for the victory of APC in the state.

The opposition parties that adopted Mr Seyi Makinde, the governorship candidate of PDP as their consensus candidate, announced this at the Bodija residence of former Gov. Rashidi Ladoja on Saturday.

Chief Bolaji Ayorinde, the SDP governorship candidate, told newsmen after the meeting that they had all adopted Makinde as their consensus candidate to slug it out with Adelabu of APC.

Ayorinde, a Senior Advocate of Nigeria(SAN), said that other opposition parties in the state would join the coalition aimed at forming a government of unity.

He said that the decision was ‘an open book’ for other parties to key in after concluding their various meetings with their caucuses and stakeholders.

Ayorinde had on Friday told newsmen that a document had been prepared for stakeholders to peruse and sign, saying all grey areas had been sorted out between the stakeholders in the meeting.

“With the development, as you can see, Engineer Seyi Makinde is here, smiling, I am here and I am smiling, some of our other colleagues are possibly still with their caucuses and I believe they are also smiling.

“The outcome of our meeting is we are moving forward. We in the SDP have resolved to work with the PDP in Oyo state. We shall be supporting Makinde for governor.

“The parties remain the same and the party they are. But for the governorship election on the 9th of March, Saturday next week, we have all resolved to work for the candidate of PDP.

“By now, If I say we are five, by the time we finish talking to you, we may be seven, we may be eight. Every minute, we have been talking on how to come together as a government of unity in Oyo state.

“It is an open book, we are expecting more and more people to join,” he said.

Makinde, on his part, expressed optimism that the people of the state would vote for him as the next governor of the state.