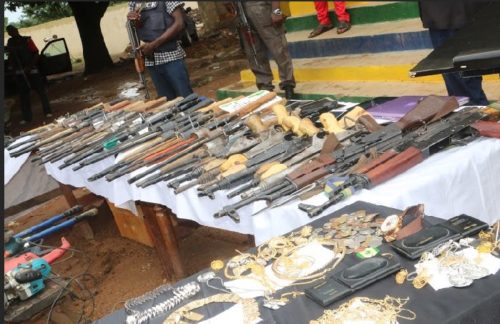 Alhaji Muhammad Ardo-Zuru, the state chairman of the association disclosed this while addressing newsmen in Birnin Kebbi.

“Sustainable peace will continue to elude us if such weapons, including guns and ammunition are left in the hands of criminals.

“For peace to endure in the country, authorities will have to ensure deliberate steps are taken to mop up all guns and ammunition in criminal hands.

“This should be in addition to prosecuting all those found wanting in the killing of innocent people, no matter how highly placed they are,” he said.

Ardo-Zuru, expressed the desire of the Miyyeti Allah to cooperate with government and security agencies to maintain peace.

“We are not in support of the call that communities should take laws into their hands, in the name of defending themselves.

“Those behind recent killings are only out to provoke other sections so they can destabilise the country,” he said.

”Our members have been killed across the country, but as leaders, we cannot allow them to avenge.

“We realise that those who attacked Fulani people in Taraba, Benue and Kaduna states carried out those attacks purposely to destabilise the country,” he said.

Ardo-Zuru, however, added that the association would collaborate with the Nigeria Bar Association (NBA), the Attorney-General of the Federation and Commissioners for Justice in various states to hasten the release of all innocent Fulani people languishing in prisons.