INEC is confused, must be overhauled for future polls - Prof. Kila 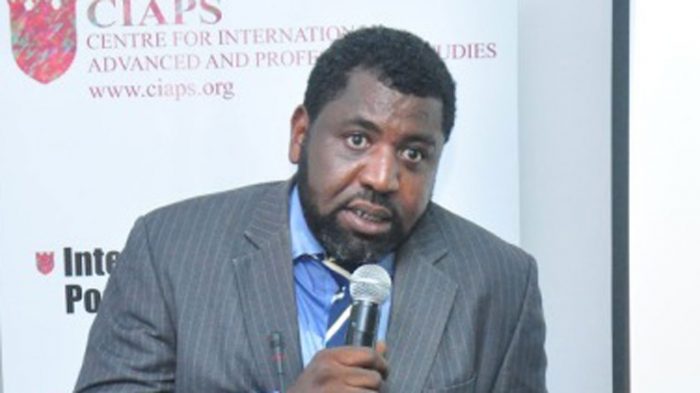 Prof. Anthony Kila, Director, Centre for International Advanced and Professional Studies, on Sunday said the Independent National Electoral Commission, INEC, is confused and must be overhauled for credible elections in the future.

Kila, who delivered a lead paper at the quarterly Forum of the Association of Political  Consultants-Africa, APC, in Ikeja, with the theme: ‘2019 Presidential Elections Predictions: A Post Mortem,’ held in Ikeja, Lagos, Southwest Nigeria, said INEC needed to be overhauled.

He said the current INEC was too slow and confused and did not reflect the needs of today’s society, adding that the body was not credible.

Kila said modern technology should be employed to get results rather than people queuing and waiting for days for INEC to manually announce results of elections.

“There is a way to handle Nigerian elections and get results immediately when you vote, it is possible. The process of collecting PVCs is outdated. It should be outsourced to the banks. PVCs should be connected with BVN,” he said.

Earlier, Kila, while delivering his paper said election is a test for parties, candidates, umpire and political analysts, lamenting that the current INEC under Prof. Mahmood Yakubu had not done better than what Prof. Athahiru Jega did in the 2015 elections.

According to him, prediction of the 2019 election was predicated on what prophets, supporters, opinion polls, media outfits and political consultants predicted.

He stated that lots of people predicted victory for President Muhammadu Buhari based on common prediction themes, such as the incumbency factor, geographical spread of votes, the value of the main contender and the irrelevance of the 3rd Force.

Kila argued that the pathway of victory for Buhari was predicated on the need to fully win the North West states, win Southwest clearly and contend the North East votes, while the pathway of victory for Atiku Abubakar was hinged on the need to capture the entire South East and South South fully, win North Central fully and contend the Southwest votes or win the region.

He said the victory margin for Buhari did the magic as he won massively in Kano, Sokoto, Kwara and others and seriously contended the votes of the North Central.

According to Kila, INEC should be worried about the poor turnout of voters during the election and that the voting pattern remained unchanged from what it was in 2015, saying that political analysts predicted rightly that Buhari would win the election.

Curtis Atigba, one of the political consultants to the All Progressives Congress, APC, said the party created four pathways for victory for Buhari, with the sole aim to win 70 percent of the votes in the North West, saying that “we predicted that we will win the entire North East with the exception of Adamawa. We stuck with the poor while Atiku’s campaign stuck with the rich.”

“Our ambition was to win 24 States plus the Federal Capital Territory. The North Central had security challenges but their governors are owing salaries seriously and we leverage on that and we made a big issue on the character of the candidate contending with us,” he said.

Atigba said the surprise for the APC was the South West where the election was seriously contended during anti-parties activities.