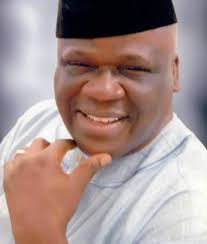 The Returning Officer, Prof. Innocent Madufor, announced the result of the Feb. 23 polls at the headquarters of the Independent National Electoral Commission (INEC) in Owerri on Monday.

Madufor said that Alagboso polled 21,273 votes to defeat his closest rival, Mr Edwin Iheanacho of the All Progressives Congress, who scored 20,061.

Earlier, the Resident Electoral Commissioner (REC) in the state, Prof. Francis Ezeonu, said that the result was erroneously declared inconclusive because it failed to meet provisions in INEC FORM 8D.

Ezeonu advised the losers to take the defeat in the spirit of good sportsmanship and work together for the growth of the constituency.

He said that the commission would conduct supplementary elections on March 9 in all the polling units in Ehime Mbano and Isiala Mbano.

Meanwhile, Ihezuo of the AA has rejected the result of the election, saying that he would challenge it in the tribunal.

He said that the candidates were not properly informed before the results were announced.

He described the declaration of the result “as illegal, an infringement of the law and a rape on democracy.”

Also, Mr Elvis Agukwe, the candidate of the All Progressives Grand Alliance, described the result as unfair, unjust and an embarrassment to the constituency.

The candidate of the Action Peoples’s Party, Mr Tochukwu Ohazurike, advised other candidates to accept the result or seek redress in the tribunal.

Alagboso, who was issued the Certificate of Return by the REC, expressed gratitude to INEC for “doing the right thing.”