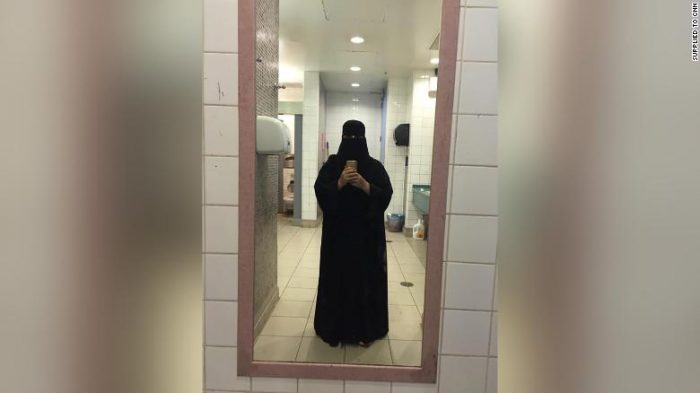 Two women who fled Saudi Arabia for Australia, only to become trapped in transit in Hong Kong, are seeking a last minute visa extension from the city’s authorities as they try to secure a more permanent refuge.

Hong Kong only accepts a handful of asylum cases, and the sisters are believed to be in the process of applying for refugee status with a third country.

The sisters’ right to stay in Hong Kong expired Thursday, months after Saudi officials allegedly attempted to kidnap them at Hong Kong airport by trying to convince them to get on a flight home under false pretenses.

In a statement, lawyer Michael Vidler said they had appealed to the Hong Kong Immigration Department “to allow the sisters to continue to remain in Hong Kong as ‘tolerated overstayers’ on humanitarian grounds pending determination of their emergency rescue visas to a third country place of safety.”

On Twitter, the sisters said “we are in fear every day we are in Hong Kong.”

“We want to leave to a third country place of safety as soon as possible,” they said. “We desperately hope that this will happen very soon and that the Hong Kong government will continue to allow us to stay here until then.”

The two sisters — who have not been identified but spoke to CNN under the pseudonyms Reem and Rawan — have been in Hong Kong since September 2018.

That’s when they fled a family holiday in Colombo, Sri Lanka, retrieving their passports from their sleeping parents and making a break to the airport. From there they had a flight booked to Australia, where they had tourist visas already approved and hoped to claim asylum.

When they touched down in Hong Kong for what was supposed to be a two-hour stopover, however, the plan fell apart.

As soon as the women stepped off the plane, they say two men approached them and asked if they were going to Melbourne. The women say the men asked for their passports and boarding passes, first saying they might miss their flight, then suggesting there was something wrong with their Australian visas.

The sisters say the men led them to another area of the airport, where Vidler says they canceled the women’s Cathay Pacific flight to Melbourne and booked them, without their knowledge, on an Emirates flight to Riyadh, via Dubai.

Eventually, after refusing to go with the men, the sisters succeeded in leaving the airport, after which they checked into a hotel.

That’s where police picked them up four days later, after their father and uncle came to the city and filed a missing persons report for them.

The women say they were held in a room by police for six hours, where they repeatedly refused requests from their father and their uncle to see them.

Police eventually drove them back to their hotel. By that time, it was after midnight and the women hurriedly packed their bags and fled.

Since then they have moved from safe house to safe house, as they seek a visa in a safe country. Vidler says they have few options. Their Saudi passports have been canceled and what limited right to remain they had in Hong Kong has now expired.

“We are hopeful this extension will be allowed and that their application for an emergency rescue visa be granted soon,” Vidler said.

In a statement, human rights group Amnesty urged the Hong Kong government not to return the sisters to Saudi Arabia, “where their lives would be in grave danger.”
“Don’t send them back,” Amnesty said.