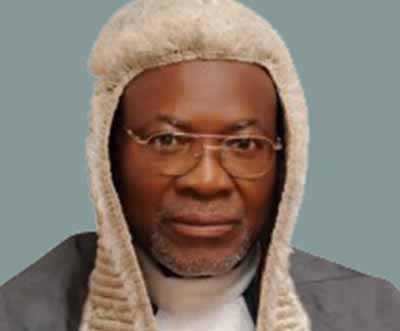 Striking workers of the Nasarawa State judiciary on Monday, locked in the Chief Judge, Justice Suleiman Dikko, in the premises of the state High Court Headquarters in Lafia.

The National Executive Council of Judiciary Staff Union of Nigeria (JUSUN) led the workers in taking the action.

The union also blocked the entrance to the court, thus preventing lawyers and others from entering the court.

The union had been on strike in the state to press for better welfare for its members.

Marwan Mustapher-Adamu, National President of JUSUN led other members of the national executive council of JUSUN on a protest on Monday in Lafia.

Addressing the protesting JUSUN members, Saidu Adamu, National Assistant Secretary of the union, explained that the union would stage a three-day peaceful protest at the court premises, maintaining that and nobody would be allowed in or out of the court.

Also, Mr Jimoh Musa, the Nasarawa State Chairman of JUSUN said that the strike was to demand for better welfare for members.

He listed some of their demands to include stoppage of illegal deduction on salaries, payment of five years promotion arrears and conversion of staff with higher qualification among others.

Officials of the union from all the states and Federal Capital Territory were part of the protest.

However, efforts to get the reaction of the CJ was not successful.