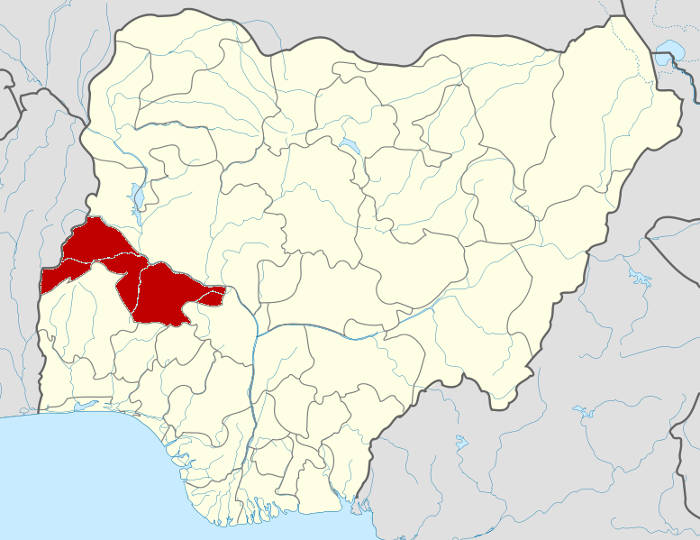 The Kwara Elders’ Unity Forum has described the recent political happenings in the state as a welcome development.

The President of the Senate, Dr Bukola Saraki and the Peoples Democratic Party (PDP) lost out in the Feb. 23 Presidential and National Assembly Elections.

In separate interviews with members of the forum on Tuesday in Ilorin, they declared that efforts to rescue the state from the servitude of a family had been on for a long time.

Adebayo asserted that the people of the state were able to use the election to state their determination to free themselves of the personification and personal ownership being claimed by a family.

“We just put Saraki in the right place in the context of Kwara and Nigeria as a whole.

“What we had been witnessing in the state in the time past was like a disaster; people have just done the right thing.

“They have made the point in a very clear term,” said the former governor.

He, however, warned the governorship candidate of the All Progressives Congress (APC) that he should learn from the fall of the PDP and Saraki in the state.

He appealed to the electorate to vote for the APC candidates in the March 9 Governorship and State Assembly election, so as to complete the over-hauling.

“They (new government) should watch those who have come before them and be servant of the people.

“Let’s not be servants of Saraki after we had rejected him,” said the chairman of the forum.

Adebayo, who also commended the re-election of President Muhammadu Buhari, urged him to focus on education, empowerment, restructuring for Nigeria and equitable pay for workers among others.

Dr Saliu Ajia, who is the coordinator and the convener of the forum, expressed delight that the forum had not put the state to shame.

According to him, Kwara has deviated from the path to growth and development due to the protracted years of bad leadership.

He, however, expressed optimism that the state would reclaim its lost glory now that people have loosened the grips of alleged enslavement to a political dynasty.

Ajia urged the people of the state to come out on March 9 to replicate the victory of the APC candidates at all levels and put a final end to political enslavement in the state.

In his words, Sen. Idris Haliru said he was happy to congratulate the people of Kwara for effecting the change in state.

According to him, Kwara is a state, where people have been suffering for a very long time and those who are ruling in the state are very terrible and do not want to have any people around them except those following them.

“We are tired of the situation because this is a democracy, where people need to be involved in whatever administration we come up with in the state, but we are not getting it in many decades.

“I want to say that I congratulate the new government in Kwara in advance. It is our prayer and God has come to our aid by removing the person and that one is gone.

“So we are now waiting for new people to come. The new people coming in should embrace everybody, bring everybody on board. They should allow peace to reign in Kwara and give everybody a sense of belonging,” he said.

Haliru noted that the government in the state had never been a government of the people, but that of a family.

He urged the new government to extend its activities to all nooks and crannies of Kwara to allow people to be involved in the governance of the state and give fair share to every side of the three senatorial districts.

He advocated for local government autonomy where people at the grassroots would benefit from the dividends of democracy.

“Development is not forthcoming in the past 16 years. Money that is coming are being siphoned for personal thing and nothing has been done for Kwara state completely.

“So for that I will advise the incoming government to focus on development of education, health, water resources, management of people socially and generally in the state.

“Let it be a participatory sort of government for everyone in the state. All benefits from the democratic norms in the state should go round,” he added.

Haliru, who is an elder from Kwara North, urged people to come out on March 9 to reject people who, he said had been enslaving Kwarans and preventing the benefits of democracy to reach the people.

Another elder, Chief Adebayo Daramola, said the need to save the state from grinding poverty informed the decision to convene the forum.

Daramola noted that the forum’s members that saw Kwara under the first military regime observed that development had eroded the state.

“Immediately we sense that Kwara was derailing for quite sometimes, we started to think of how to go back to the path of honour.

“A few of us see the state under first military government. Some of us were young then, but what we thought we saw had been eroded now.

“There are companies in the state. Kwara was producing Eagle rice, an equivalent to the popular Uncle Benz we all know and the factory was in Patigi.

“These are all gone. No nation has pride in importing foods and Kwara was producing grind rice, dressed chicken for companies in Lagos.

“We have lost all these among many others; Kwara established Trade Bank and now it has been destroyed,” he said.

He said that the state had suffered from alleged bad political leadership under Saraki.

“Kwara is one of the first generation states, look at our position today. In term of development in the last 16 years, it is so bad.

“It’s not an equivalent with our expectations. Osun is also having very small allocation, Ekiti is very different, yet you see the difference,” he said.

He pointed out that the battle to dislodge the political structure of Saraki had been on for 16 years.

Daramola expressed regret that the Kwara South voted for the incumbent governor, Abdulfatah Ahmed, for under-performance.

He, however, noted that the elder would have a lot of thing to do to put back the state on the path of progress.

“The elders have a lot of things to do; to put these groups that fought the war together to form a formidable team.

“I expect the incoming government to lay a foundation within a first 100 days, and then build people’s trust in government,” he said.

He urged the incoming government in the state to focus on prompt salary payment, creation of small scale industries and rural development.

“The salary of our civil servants is quite lower than that of our neighbouring states because of over-population,” he said.