Will Smith to play the Williams’ dad in ‘King Richard’ 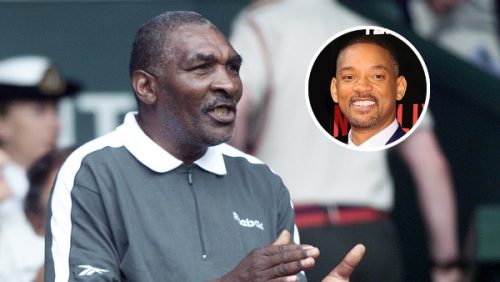 American actor and rapper, Will Smith, 50, is to take the role of Richard Williams, the father of tennis stars Venus and Serena Williams, in the movie “King Richard.”

The film, is based on a script by Zach Baylin, which would center on Richard Williams overcoming hardship, skepticism, controversy, and his own troubled past to instruct his daughters on tennis courts of Compton, Calif.

The movie talks about how Williams instructed his two daughters on tennis when they were four years old, despite not having a background on the game, says Variety.

Baylin’s script was runner-up on the 2018 Blacklist.

Tim and Trevor White will produce the movie under their Star Thrower Entertainment banner, which has backed “The Post,” “Wind River,” and “Ingrid Goes West,” Smith would also produce under his Overbrook Entertainment company.

But it’s yet unknown if the Williams sisters will be involved in the project.

Smith was called the “Most powerful actor in Hollywood in April 2007 by Newsweek and was nominated for five Golden Globe Awards and two Academy Awards, and has won four Grammy Awards.

Eight consecutive films in which he starred open at the number one spot in the domestic box office tally.

Smith has been ranked as the most bankable star worldwide by Forbes.

As of 2014, 17 of the 21 films in which he has had leading roles have accumulated worldwide gross earnings of over $100 million each, with five taking in over $500 million each in global box office receipts.