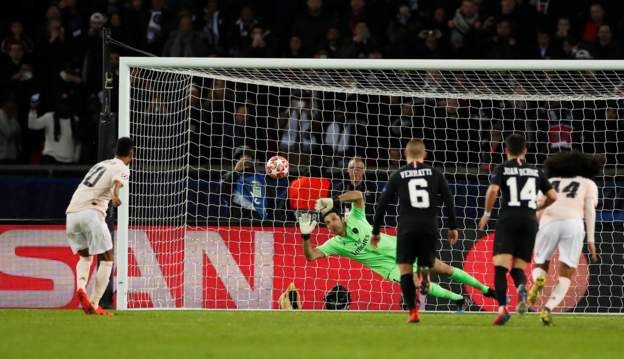 Rashford scored from the penalty spot to give United victory

PSG had earlier defeated United 2-0 at Old Trafford in the first leg.

In the reverse fixture in Paris on Wendnesday, United pulled an incredible fight back to win 3-1, with the tie ending at 3-3.

United go through to the quarter-final on an away goal rule, having scored three goals away to PSG’s two.