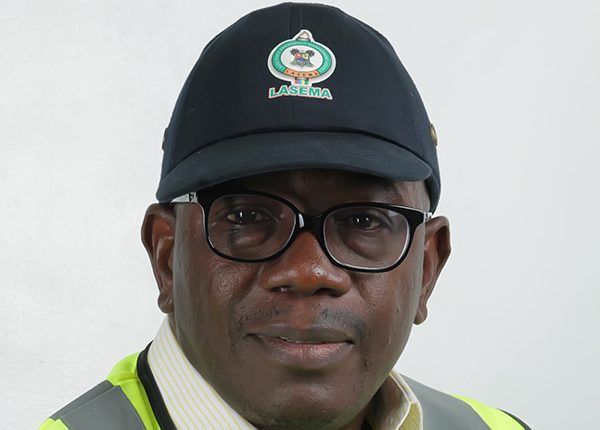 The General Manager, Lagos State Emergency Management Agency (LASEMA), Adesina Tiamiyu has advised motorists to always ensure they drive within the approved speed limit, obey all road signs as well as be vigilant and look ahead for any obstruction and activities of other road users to avoid any unfortunate incident that may lead to unnecessary injuries and loss of lives in Lagos roads.

The LASEMA Boss gave the warning on Wednesday, in Alausa-Secretariat, Ikeja following the accident that occurred during the early hours of Tuesday when an articulated gas truck said to be on high speed rammed into another stationary articulated containerized truck resulting in accident which could ordinarily be avoided if necessary safety and road traffic rules were strictly adhered to by the motorists.

The General Manager said that the Agency received the distressed alert at about 7.09 a.m via the emergency toll free line 112/767 regarding an accident on the Oshodi/Apapa Express Way after Cele Bus Stop inward Mile 2 on the 5th March, 2019, which prompted the immediate activation of the Agency’s Response Team and other responders to the scene of the incident.

According to him “preliminary investigation carried out on arrival at the scene of the incident revealed that the driver of an articulated Gas truck that was said to be on high speed, suddenly lost control and rammed into a containerized truck parked by the side of the road, “officials of the LASEMA Response Team(LRT) were immediately mobilized to the scene to respond to the incident”

No lives were lost, but three persons sustained different degrees of injuries and one(1) of the victim was rushed to an unknown hospital before the arrival of the LRT at the scene, while the other two victims trapped, were rescued alive with the aid of the Agency’s extrication equipment .

They were thereafter attended to by the Agency’s Paramedic and LASAMBUS before being moved to the Trauma Centre for further medical treatment. The articulated trucks involved in the incident were immediately recovered with the help of the Agency’s Supper Metro towing truck, to restore normalcy and free vehicular movement around the axis.

The General Manager, however noted that the Police and other security operatives will carry out further investigations to assertion the remote causes of the unfortunate incident.