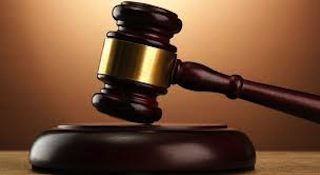 A 23-year-old caterer, Ibrahim Abdulahi, was on Thursday arraigned in an Ikeja Magistrates’ Court for alleged theft of valuables worth N11.8million.

The defendant, who resides at Idumota, Lagos, was arraigned before Magistrate B.O. Osunsanmi on a three-count charge of conspiracy, burglary and stealing.

Abdulahi, however, denied committing the offences and was granted N500,000 bail with two sureties in like sum.

Osunsanmi said that one of the sureties must be a property owner and the sureties should be gainfully employed and show evidence of two years tax payment to the Lagos State Government.

The prosecutor, ASP Ezekiel Ayorinde, told the court that the defendant committed the offences on Jan. 23, at Ikola, Alimosho, Lagos.

Ayorinde said that the defendant and others still at large, conspired to break into the apartment of the complainant, Mr Lanre Adeniyi, and stole his property.

“The defendant and others jumped the fence to gain entry into the complainant’s premises.

“When the defendant was arrested few days after, he claimed that the items had been sold,” the prosecutor said.

The case was adjourned until April 17, for mention.