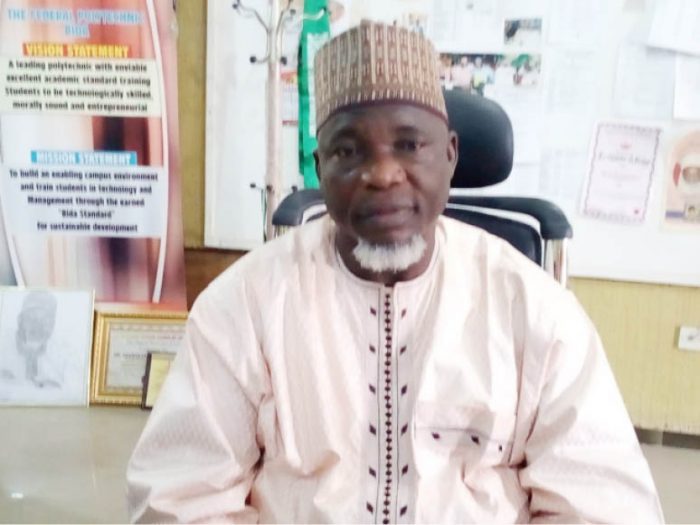 The Registrar of the polytechnic, Alhaji Hussaini Enagi, made this known in a statement issued in Minna on Thursday.

Enagi quoted a letter signed by the Minister of Education, Mallam Adamu Adamu, a copy of which was made available to the Polytechnic Management, to confirm the reappointment of the rector.

“I write to convey to you the approval of Mr President, His Excellency, Muhammadu Buhari, GCFR, for your reappointment as Rector, Federal Polytechnic, Bida, Niger State.

“The appointment is for a second and last tenure of four years, with effect from 21st May, 2019 in line with the Federal Polytechnic Act CAP. F.17, Section 8,” the letter quoted the minister as saying.

According to Enagi, the minister stressed that by the rector’s reappointment, his second tenure will terminate on Feb. 15, 2021, upon his attainment of 65 years in line with the condition of service in the polytechnic sector.

Enagi said that the minister urged the rector to strive to justify the confidence reposed in him while wishing him a very successful tenure.

The registrar, on behalf of the management, staff and students of the institution,congratulated the Dzukogi on his reappointment.

The News Agency of Nigeria (NAN) reports that Dzukogi was first appointed rector of the polytechnic by the Federal Government on May 22, 2015.