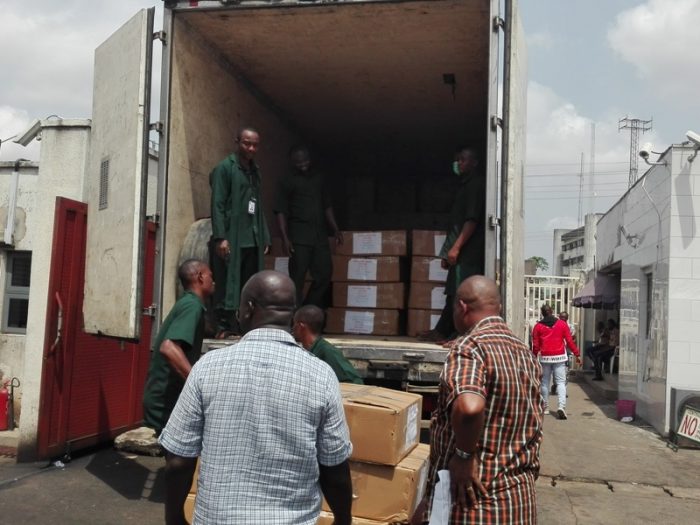 Ahead of the State Assembly election slated to hold on Saturday, the independent​ National Electoral Commission (INEC), on Thursday commenced distribution of sensitive materials to the 18 local government areas in Edo State.

The distribution was done at the premises of the Central Bank of Nigeria (CBN), located at Akpakpava road junction axis of the Ring Road.

The Head of Voter Education of INEC in the State, Tariowei Timidity, was on ground to supervise the loading and dispatch of the voting materials.

He disclosed that a truck was designated for each of the 18 local government areas.

He said: “Everything is on course. We are almost through with the distribution of the sensitive materials to the various local government areas.”

When our correspondent visited the Central Bank, materials were being loaded into trucks.

It was gathered that agents of the 22 political parties participating in the election were on ground to inspect the materials before they were loaded into waiting trucks.

Some of the party agents were seen milling around the Central Bank premises.

Security operatives were also on ground.