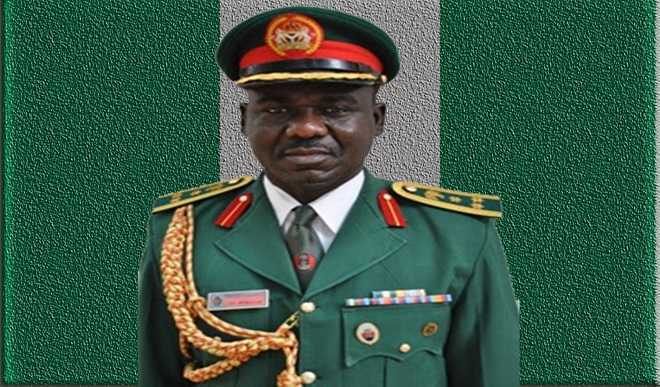 The Nigerian Army on Thursday announced the redeployment of some of its senior officers.

Those affected by the latest posting are; Maj.-Gen. E.C.N. OBI, who moves to the Defence Headquarters as Chief of Defence Standard and Evaluation.

According to a statement issued by Col. Sagir Musa, the army spokesman, Brig.-Gen. G.K. Nwosu, the Chief of Staff, Headquarters 82 Division, had been posted to Nigerian Army Special Forces School as Acting Commandant.

Similarly, Brig.-Gen. K.I. Yusuf, has been posted to Nigerian Army School of Finance and Accounts and as Commandant’

Still in the posting, Brig.-Gen. C.A. Thomas was deployed from Military Hospital, Lagos, to Defence Headquarters (Office of the Chief of Defence Staff) and appointed Gender Adviser.

Others are; Col. D.C. Bako to remain in Sector 2, Operation Lafiya Dole, as Acting Chief of Staff, and Col. S.O. Omotosho moves to Technical Group Electrical and Mechanical Engineers and appointed Acting Commander.