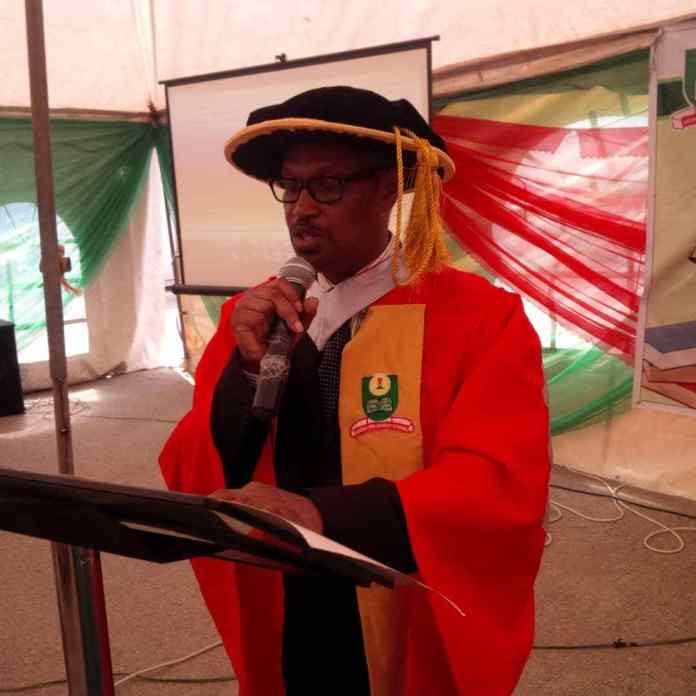 The Senate of the National Open University of Nigeria (NOUN), has elected Prof. Justus Sokefun as the new Deputy Vice-Chancellor (Administration), a statement from the university said on Thursday in Abuja.

The statement signed by Mr Ibrahim Sheme, NOUN’s Director, Media and Publicity, said that Sokefun polled 48 votes to defeat Prof. Gbenga Ojo, who got 18 votes in the election for the office during a senate meeting in Lagos.

Reviewing Sokefun’s CV, Sheme disclosed that the new DVC was the Director, Lagos Study Centre of the university.

The statement revealed that the new DVC studied Law at the then University of Ife (now Obafemi Awolowo University, Ile-Ife), and obtained a Bachelor degree in Law in 1984.

It indicated that he started his career as a Graduate Assistant at Ahmadu Bello University, Zaria, where he taught between 1985-1986.

According to the statement, Sokefun served as Special Assistant to the Minister for Justice and Attorney General of the Federation between 1993-1994 and later became the Sub-Dean, Faculty of Law, Ogun State University, Ago-Iwoye, from 1994 to 1997.

Sokefun became Dean, Faculty of Law, at the Olabisi Onabanjo University, Ago-Iwoye, between 2001 and 2007

He joined NOUN as a Professor in 2007, and was appointed Dean, Faculty of Law.