Why we sleep - Scientists 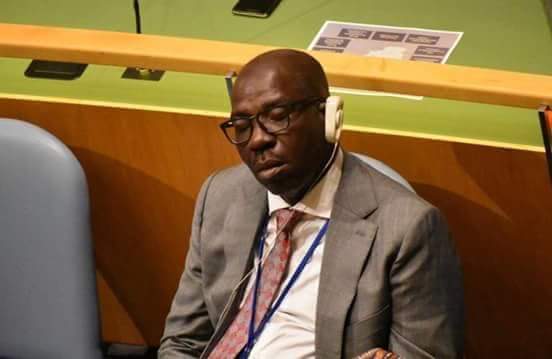 Why do humans sleep? A new study by scientists at the Bar-Ilan University in Ramat-Gan, Israel, has unearthed a key factor that may lie at the center of sleep’s indispensability: its restorative effect on individual brain cells.

The team, which Prof. Lior Appelbaum led, reports its new findings in a study paper that appears in the journal Nature Communications.

In this study, the investigators turned to zebrafish, which scientists often use in research because they are surprisingly similar to humans. In fact, approximately 70 percent of human genes also occur in this freshwater species.

Using 3D time-lapse imaging, the scientists looked at the effects of sleep on a microscale and observed how it affected single neurons, or brain cells.

The high-resolution technology allowed Prof. Applebaum and team to follow the movement of DNA and proteins within brain cells.

They found that during sleep, individual neurons were able to perform maintenance work on the nucleus, the central element of each cell, which encloses most of that cell’s genetic material.

“Despite the risk of reduced awareness to the environment, animals — ranging from jellyfish to zebrafish to humans — have to sleep to allow their neurons to perform efficient DNA maintenance, and this is possibly the reason why sleep has evolved and is so conserved in the animal kingdom.”—-Prof. Lior Applebaum

When the nucleus begins to deteriorate, the DNA information it contains also becomes damaged, and this can lead to aging, disease, and poor overall functioning in an organ or tissue.

During sleep, the researchers explain, the neurons have an opportunity to recover from the stress they accumulated during the day and “fix” any damage they may have sustained.

The scientists note that during wakefulness, levels of chromosome dynamics are lower than during sleep, meaning that brain cells are unable to perform proper DNA maintenance. Prof. Applebaum likens this situation to having “potholes in the road.”

“Roads accumulate wear and tear, especially during daytime rush hours, and it is most convenient and efficient to fix them at night, when there is light traffic,” he explains.

Since this process is so vital to ensuring that the brain stays healthy, this can explain why animals — humans included — are willing to invest so much time in sleep, despite the risks it may expose them to in nature.

“Sleep,” he adds, “gives an opportunity to reduce DNA damage accumulated in the brain during wakefulness.”