Alliance with Akinlade: My son is on his own - Kesington Adebutu 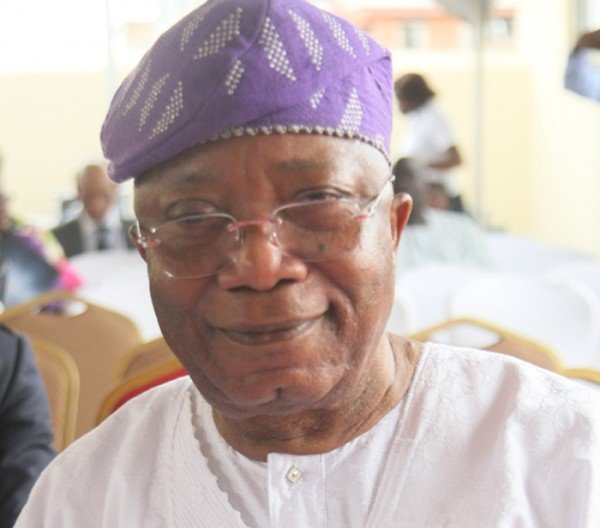 As a fallout of the political manoeuvring currently on-going in Ogun state, a renowned multi-billionaire son of Remo land, Sir Kesington Adebutu has distanced himself from son’s political calculations saying that , ‘Ladi is on his own.’

Ladi Adebutu, a factional candidate of the Peoples Democratic Party, PDP, joined affinity with the Allied Peoples Movement, (APM) governorship candidate, Adekunle Akinlade after a Memorandum of Understanding was signed on Thursday.

A statement issued by Princelyn Oduenyi, quoted the octogenarian business mogul, as saying that Ladi has lost his case in the Court and therefore, it would be in the interest of everybody to rally support for another Ijebu son, Dapo Abiodun in Saturday’s gubernatorial election.

“In the interest of Remo and Ijebu community, all Remo sons and daughters should vote in favour of Dapo Abiodun.
Dapo Abiodun deserves our collective support as Remos.”