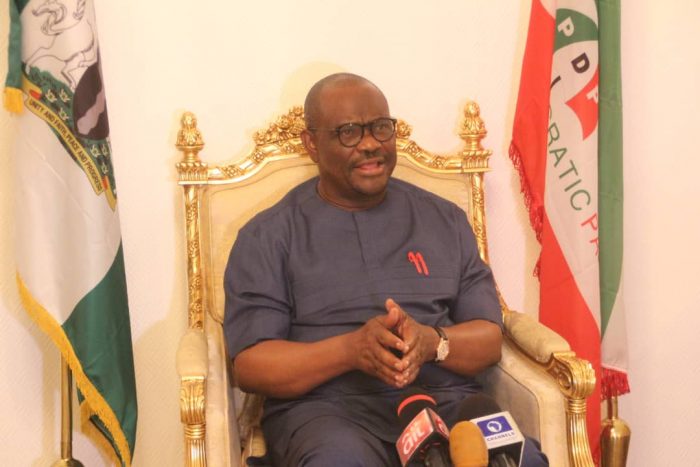 Justice Inyang Ekwo dismissed the suit while delivering judgment in a suit filed by Chinda asking the court to disqualify Wike.

Chinda had in the suit, asked the court to disqualify Wike from contesting the election on the grounds that the birth certificate he presented to the Independent National Electoral Commission, (INEC) was forged.

Justice Ekwo in his judgment noted that Wike did not have immunity from being sued on an election related matter as has been argued by his counsel, Mr Ferdinand Orbih, (SAN).

The judge held that the suit was purely a pre-election matter as the reliefs sought by the plaintiff was to disqualify Wike from contesting an election.

Justice Ekwo maintained that being a pre-election matter, the suit was status barred because it was not commenced within the 14 days stipulated by law.

The judge opined that the plaintiff’s position that the cause of action arose on Nov.13 2018 when he obtained a Certified True Copy of the INEC document containing the forged birth certificate, was strange to him.

According to the judge, the cause of action arose when the plaintiff had reasonable grounds to believe that Wike submitted a forged birth certificate to INEC.

“As at March 7, 2018 when he applied to INEC for the document he had reasonable grounds to believe that the document was forged.“

The judge further described the suit as an abuse of court process noting that an appeal on a similar subject matter was pending before the Court of Appeal.

He also noted that in that appeal, the plaintiff’s counsel was the plaintiff and condemned such practice and described it as a professional misconduct on the part of the lawyer.

The judge said that the plaintiff had failed to prove the allegation that Wike forged his birth certificate beyond reasonable doubt.

He added that the burden of proof was with the plaintiff and not with defendants.

Chinda had in the originating summons filed by his lawyer, Mr Achinike William-Wobodo urged the court to determine whether:

“The Certificate of Birth (Statutory Declaration of Age) attached to Wike’s Form C.F.001 presented to INEC, purportedly deposed to on Oct.3, 1986 by one Collins Wike from Obio / Okpor Local Government Area of Rivers was forged.”

He had argued that as at 1986 Obio/Okpor Local Government Area was not in existence because the local government in question was created in 1989 by Decree No. 12 of 1989, two years after the alleged forgery was committed.

He further told the court that Wike had maintained consistency of the forged document by presenting same to INEC since 1989 .

William- Wobodo, however, told newsmen that his client would appeal the judgment, Orbih expressed satisfaction with the judgment saying it had vindicated their position.