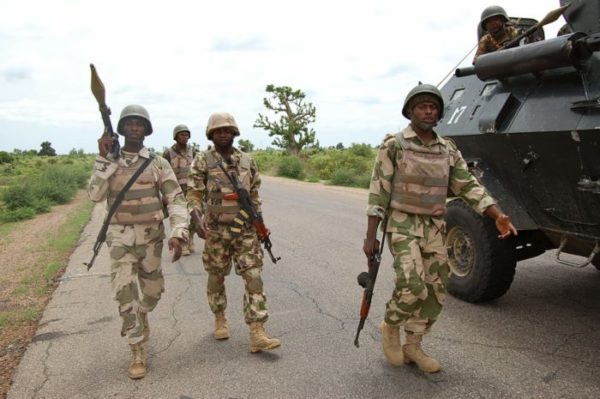 Troops of the 4 Brigade, Nigerian Army, Benin, on Friday foiled a suspected robbery attempt on the Benin-Lagos expressway.

Capt. Mohammed Maidawa, the Assistant Director, Army Public Relations, who confirmed this in Benin said that the troops on Operation Safe Conduct, were on a routine patrol when they received a distress call on the development.

He said the troops immediately reacted to the distress call and foiled the robbery attempt at the general area of Okada Junction.

Maidawa further said that the action of the troops, who mobilised to the scene, denied the men of the underworld opportunity to unleash terror on commuters plying the busy road.

“The armed robbers who barricaded the road, fled into the bush on sighting the army patrol team.

“Troops cleared the barricade for commuters to continue their journey, while the troops continued with their patrol to prevent all forms of criminality within the general area,” he said.