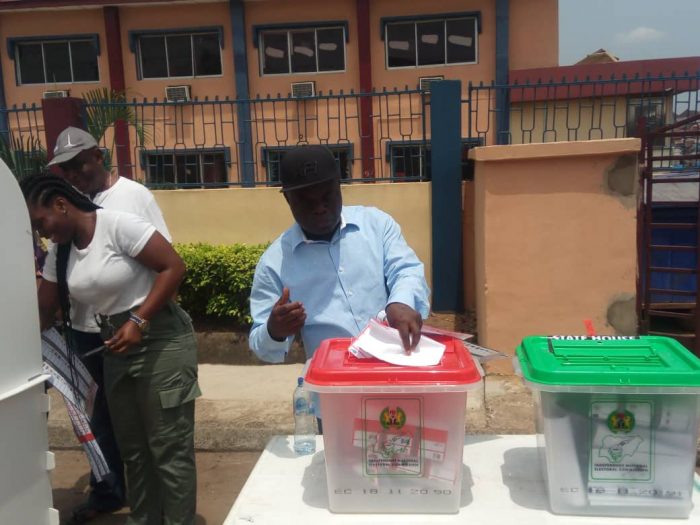 Samuel Ojo, the Chief of Staff to the Lagos State Governor, Akinwummi Ambode, on Saturday said he is so confident that the All Progressives Congress, APC, governorship candidate in Lagos, Babajide Sanwo-Olu will win the gubernatorial poll in the state.

The Chief of Staff, after casting his vote at Magodo area of Lagos, Southwest Nigeria said the election was peaceful in the state despite fact that there was little delay in commencement of the poll.

According to him, APC had a clear chance to win the election, adding that there was large turnout in some areas, including his polling unit.

“We want APC to win massively, in the past few weeks, we have been mobilising our members ; we have don massive mobilisation for this poll,” he said.